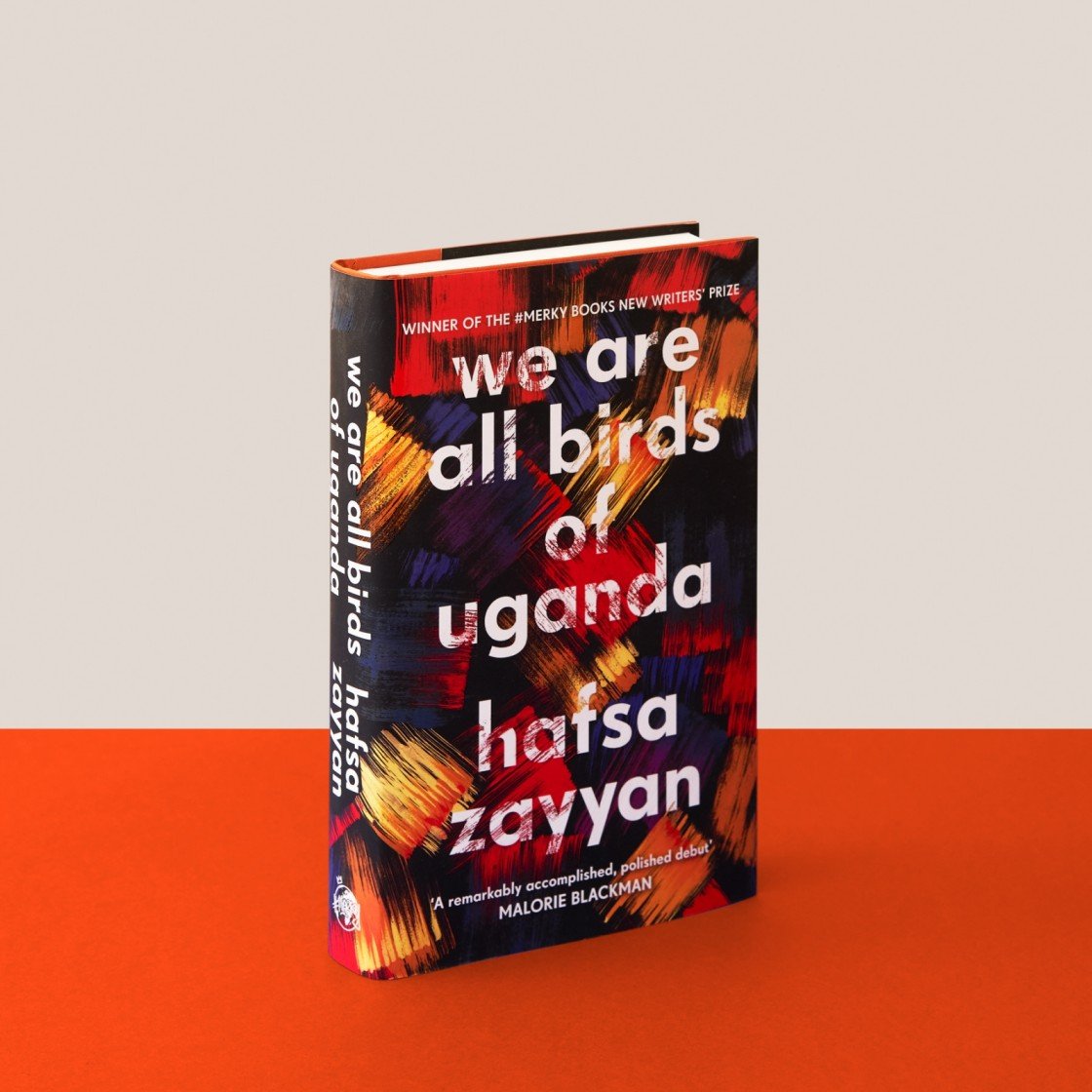 The story is Sameer’s—a 26-year-old Cambridge graduate and promising lawyer—and Hassan’s—a businessman who is yet to heal from the loss of his first wife. Sameer lives in present-day London, in Clerkenwell; Hassan lived in 1960s Uganda, a few years before Idi Amin overthrew the elected president, Milton Obote. At the centre of Hafsa Zayyan’s debut novel, We Are All Birds of Uganda, are two love stories, as well as Idi Amin’s 1972 decree that Uganda’s Asian minority leave the country in 90 days, claiming that he was “giving Uganda back to ethnic Ugandans.”

We Are All Birds of Uganda spans 360 pages and is set in two countries: Uganda and England. It engages with history, both national and personal, and with culture: from racism to belonging, from politics to religion.

“The 1972 Ugandan-Asian expulsion was something I had only learned about in the past five years, despite it being a massive part of British Colonial and African industry,” Zayyan said in a publication interview with Penguin. “The idea of someone being able to just expel tens of thousands of people who had been living there, some for multiple generations, and that had happened in the Seventies, not even 100 years ago, and I had no idea. It seemed to have been erased from history.”

Hafsa Zayyan and her character, Sameer, have a good deal in common. They both come from immigrant families: Zayyan’s parents are Nigerian and Pakistani, Sameer’s are East African Indians. They are both lawyers. And like Sameer, Zayyan attended Cambridge; and she holds a master’s from Oxford.

Zayyan researched and wrote the story in six months. After leaving work at 6 pm, she’d spend two hours at the British Library. By 8 pm, she’d run home to write.

“I look back at that period of my life and it’s a complete blur. I can barely remember it because I was in a hole writing, whatever, whenever I could,” she said. “I made a lot of sacrifices socially and I cancelled going on holiday, taking the time off to write.”

In 2019, We Are All Birds of Uganda co-won the #Merky Books New Writers’ Prize, an initiative by the British rapper Stormzy to support young talented writers. The other winner was the poet Monika Radojevic, for Teeth in the Back of My Neck.

The novelist Malorie Blackman, in a blurb, calls We Are All Birds of Uganda “a remarkably accomplished, polished debut.” Sunday Times praises the book as “rightfully tipped for greatness.”

But it is the response that Zayyan has gotten from readers that fills her with immense joy. “The very first non-family review that I got on Goodreads felt so, so good,” she said. “That kind of stuff felt better than any money you could ever earn from writing a book. People reading it and learning something from it. It was the best feeling ever.”

We Are All Birds of Uganda was published by Merky Books, an imprint of Penguin UK, in January 2021.

Ernest O. Ògunyemi is a staff writer at Open Country Mag. His writing has appeared or is forthcoming in Joyland, Tinderbox, Sierra Nevada Review, Journal Nine, The Indianapolis Review, Down River Road, Capsule Stories, No Tokens, The West Review, The Dark Magazine, Mud Season Review, Isele, and in the anthology 20.35 Africa: An Anthology of Contemporary Poetry III. He is the curator of The Fire That Is Dreamed of: The Young African Poets Anthology.
Open Country Mag Recommends

The novelist—Open Country Mag’s December 2020 cover star—is recognized for her “unflinching, unswerving gaze,” having “charted the development of Zimbabwe from a British colony to an autocratic and troubled free state.”

The categories are fiction, poetry, essays, and flash fiction.

Apply to Shenandoah’s Fellowship for Editors

It is open to only Black, Indigenous, and writers of colour.
Top Stories

Donate to Open Country Mag.
Help us bring you the latest, in-depth stories in African literature.

All important literary news in your Inbox.