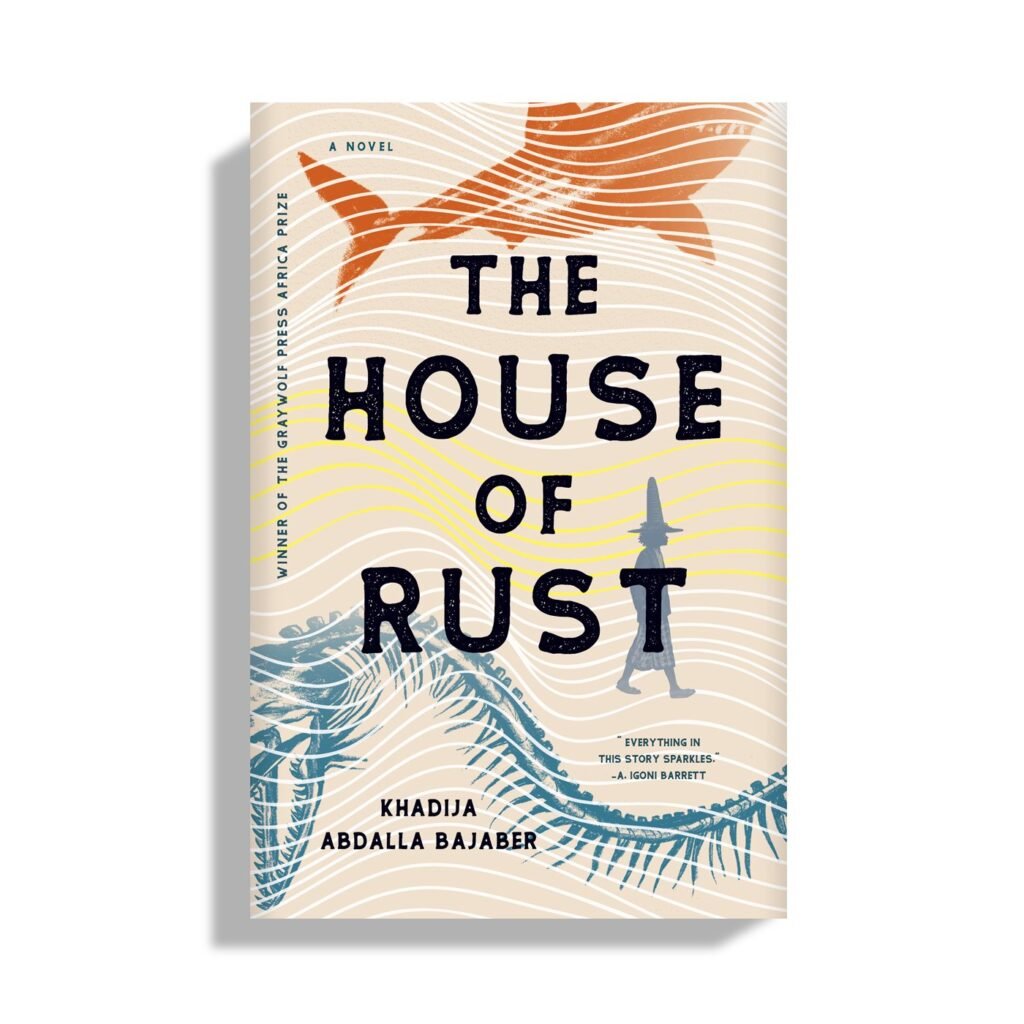 In The House of Rust, Khadija Abdalla Bajaber Spins a Mombasan Fairytale

Khadija Abdalla Bajaber’s debut novel, The House of Rust, is the story of Aisha, a young Hadrami girl born in Mombasa, Kenya, who goes to the sea to search for her missing father, who is a fisherman. She journeys on a boat fashioned from a skeleton, and in the company of a cat, a talking scholar’s cat. But even after surviving sea monsters and rescuing her father, things don’t return to normal.

Bajaber, who describes herself as “a Mombasarian writer of Hadrami descent,” started writing the novel around 2015-2016, in “an old maths exercise book.” The story came to her one night, during the KPLC power cuts, when her mother asked her to tell a story.

“I was making it up as I went on, it was shockingly simple, it was like thread in the throat,” she told Open Country Mag.

She wanted to write a different kind of fairytale. “How cool would it be to read a fairytale taking place in my hometown? Everywhere else gets romanticised, what about Mombasa? Was I going to wait for someone else to tell me about it?” she said. “As a writer you’re told if you want to read it you have to write it. That’s the deal.”

The 272-page book is also a look at individuality and independence.

In 2018, its manuscript won the inaugural Graywolf Press Africa Prize, judged by the Nigerian novelist A. Igoni Barrett. The prize: A $12,000 advance and publication by Graywolf Press in the US and by 66th and 2nd in Italy.

A. Igoni Barrett remarked that The House of Rust draws from a mythic well from which such writers as Homer and Hemingway also drew.

“Everything in this story sparkles: the fierceness of the narrative voice, the unimpeachable dramatic timing, the sumptuous imagery, the insightful characterization, the spirited wordplay, the honed wisdom of the dialogue, the bold imagination,” he wrote. It is “an exhilarating journey into the imagination of an author for whom the fantastic is not only written about, it is performed on the page.”

When Bajaber got the news, there was “[a] kind of vibration right in the head, like being hit really, really hard.” She added, “It’s very terrifying, you become both grateful and thankful, but also somehow careful and fearful.”

The book, Bajaber said, is meant to simply be a fairytale. “I hope people enjoy it for what it is and not deliberately frame it as something more self-important,” she said. “I hope it does well, of course. Everything else I leave to God.”

The House of Rust is forthcoming from Graywolf Press on 19 October 2021. Pre-order it HERE.