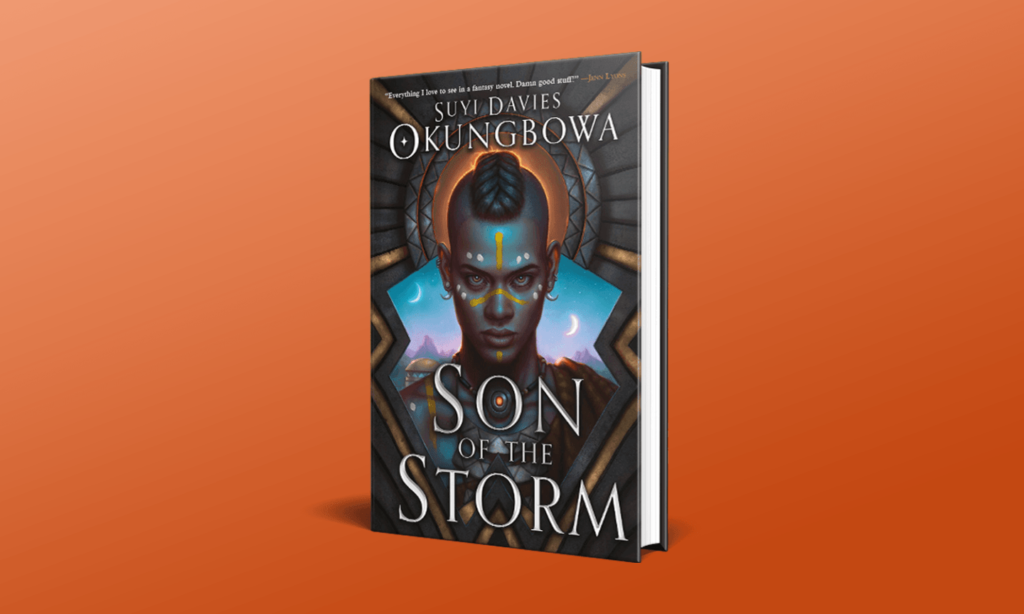 Suyi Davies Okungbowa’s new 496-page novel Son of the Storm is the first in his Nameless Republic Trilogy. An epic fantasy, it follows Danso, a young Shanshi (biracial) scholar with potential for greatness, though he isn’t interested in that.

What Danso cares for are stories and songs and what lies outside the kingdom of Bassa, a fictional ancient city in pre-colonial West Africa based on 15th century empires, where there are several castes and a strict hierarchy is in place. Danso is of the lower caste, and so is his wife-to-be Esheme.

The elites in Bassa claim nothing really lies outside the walls of the city. The immigrants in the city are under an oath to not ever reveal anything about the world outside. But when Danso meets Lilong, an injured islander with magic—ibor—things change.

The book’s publisher, Hachette, describes it as “a sweeping epic of forgotten magic and violent conquests.” Power, its politics, ambition, what it means to break free: Okungbowa takes these up in this book, and the result, writes Fran Wilde for NPR, “is rich, wild, and occasionally dizzying.”

Wilde continues: “[Son of the Storm] purposefully reveals the lure of power and the generational impact of this intrigue, both from the perspectives of the powerful, and from the points of view of those who do not, will not, or cannot, hold power.”

The structure of the novel is inspired by traditional oral storytelling (i.e. epic poems) in West Africa. Okungbowa, though, told The Fantasy Inn Podcast, “I try to think about what is guiding the particular story I’m telling, outside the structure.”

Fantasy, he said, “always lends itself to a lot of battle-ready protagonists. They are skillful, or they end up being skillful at some point. What I wanted to do with this was think about people who are not always fighting through physical prowess and are always thinking of other forms of defeating the things that are set before them. With Danso, it’s intellect. With others, it can be through skimming. People have various methods of dealing with all these things, and I wanted to place those who aren’t like fighters at the center of the story I was telling.”

Okungbowa, who tapped into his own growing up in a scholarly family to create Danso, added: “The core of this story is how stories can be wielded and used to sort of push other things, including those who actually have the physical prowess to get things done that these people [the central characters who resist “physical engagement”] want.”

In a review for Tor.com, Alex Brown wrote that “Suyi Davies Okungbowa really understands epic fantasy, both the rules of the subgenre and the most effective ways to break those rules. Fans of epic fantasy will find a lot to love here, yet Okungbowa also makes sure those who are new or not as experienced with epic fantasy won’t be too overwhelmed. [A] great first book in what looks to be an exciting trilogy.”

Okungbowa received his MFA in Creative Writing from the University of Arizona. He lives in Ottawa, Canada, where he currently teaches at the University of Ottawa. Warrior of the Wind, the sequel to Son of the Storm, is forthcoming in summer 2022. 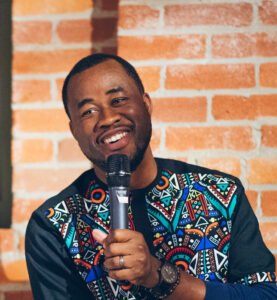 In His Forthcoming Third Novel, Chigozie Obioma Takes a Stab at the Biafran War

The Road to the Country, the Nigerian’s third novel announcement in seven years, is part of a two-book deal, and has been compared to Erich Maria Remarque’s All Quiet on the Western Front. 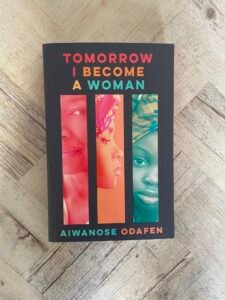 In her ‘80s-set debut novel, Tomorrow I Become a Woman, a young woman is caught between her needs for approval from both society and herself. 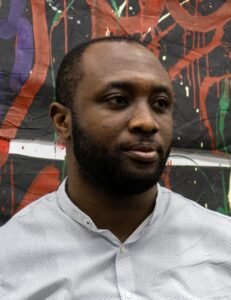 In New Memoir, Emmanuel Iduma Traces His Family History Through the Biafran War

I Am Still with You: A Reckoning on Silence, Inheritance & History, set for 2023, is billed as “the story of countless families across the country who will never have answers for their loved ones.” Iduma calls it “the book I’ve been preparing to write for most of my life.”