She will serve alongside Mark Gevisser, with Open Country editor-in-chief Otosirieze Obi-Young as chair. 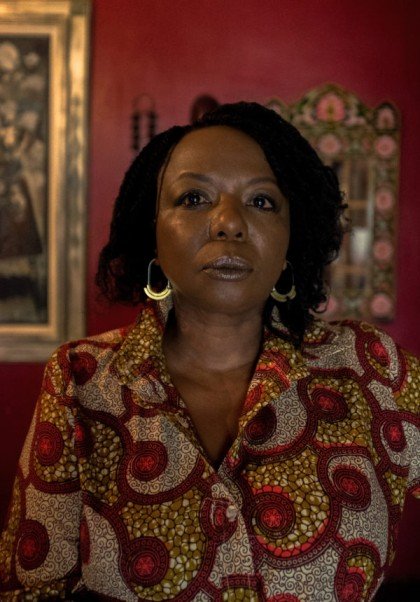 Jacana Media and The Other Foundation have announced that the influential Zimbabwean editor, critic, and publisher Ellah Wakatama will be joining the panel for the 2021 Gerald Kraak Prize. She will serve alongside the South African journalist Mark Gevisser and Open Country editor-in-chief Otosirieze Obi-Young, who were both on the 2019 judging panel with the South African memoirist Sisonke Msimang and the Ugandan academic and activist Sylvia Tamale. Obi-Young will chair the 2021 panel.

Created in 2016 by Jacana Literary Foundation (JLF) and The Other Foundation, the Gerald Kraak Prize and Anthology is named in honour of the late South African activist Gerald Kraak. The R25,000 prize recognises the finest fiction, poetry, journalism, and photography by Africans dealing with gender, social justice, and sexuality. Shortlisted works are published by Jacana Media in an anthology.

In 2017, the prize was jointly won by the Kenyan writer Farah Ahamed and the Ugandan-born Kenyan photographer Sarah Waiswa. The prize anthology, Pride and Prejudice: African Perspectives on Gender, Sexuality, and Social Justice, was released that year. It contains the works of fourteen other shortlisted writers, including Obi-Young.

In 2018, the prize was awarded to the Nigerian writer Pwaangulongii Daoud, for his viral nonfiction piece “Africa’s Future Has No Space for Stupid Black Men.” The prize anthology, As You Like It, a collection of the 22 shortlisted entries, won a 2018 Lambda Literary Award in the LGBTQ Anthology (Fiction) category.

The 2019 prize went to the Nigerian writer OluTimehin Adegbeye, for her intense nonfiction piece “Mothers and Men.” The anthology, The Heart of the Matter, comprising 21 works, was shortlisted for a 2019 Lambda Literary Award in the LGBTQ Anthology category.

Commenting on Wakatama’s addition to the panel, the Chair, Obi-Young, said, “As one of the most influential editors in publishing, Ellah Wakatama has worked tirelessly to open doors for African writers at publishing houses, magazines, and awards. We are privileged to have her bring her unique set of experiences and ideas to the specific work that the Gerald Kraak Prize does, not only in sharing feminist and LGBTQI+ perspectives but in introducing new writers to the scene.”

“From Booker shortlistees to new voices, Ellah Wakatama has championed and mentored a generation of African writers, and has been awarded an OBE for these efforts,” said Mark Gevisser. “Deeply rooted in African literature and politics herself, she has impeccable judgment, and a deep commitment to African literature. I am thrilled at her appointment and the prospect of working with her on the Kraak Anthology and Prize.”

Visit HERE for updates on the Gerald Kraak Prize.