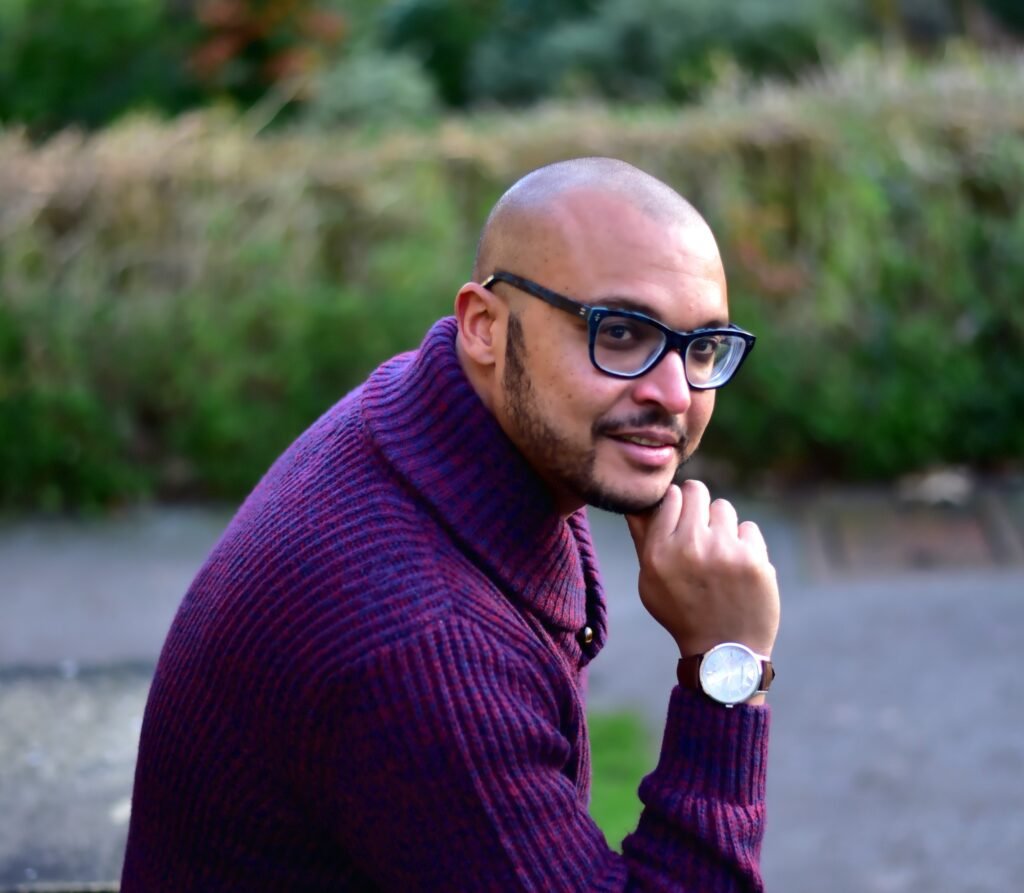 Remi Adekoya, the Nigerian Polish writer, broadcaster, and political scientist, doesn’t remember any particular incident that made him conscious of his identity as a biracial person growing up in Nigeria. But he also “can’t remember ever not feeling different,” because he recalls kids yelling “Oyinbo!” at him as he walked with his Polish mom. Born in Abeokuta, he was raised in Lagos, where he attended the International School of Lagos.

“Your difference is communicated to you very early,” Adekoya tells Open Country Mag. “Those kinds of experiences immediately create in you a sense of difference from the norm, a self-consciousness that you and your parent stand out as different in the society. It is a mixed experience with good sides and bad sides.”

Adekoya’s new book, Biracial Britain: A Different Way of Looking at Race, tells his story and those of others like him. Evening Standard has called it a “must read of 2021.” Its publisher, Constable, an imprint of Little, Brown, describes it “a transformative exploration of 21st-century British identity”:

The fastest growing minority group in the UK is mixed-race; by the time this century ends, the prediction is that one in three Britons will be mixed-race. But surprisingly, the conversations happening around race currently are binary: Black or White, us or them. This binary way of looking at race totally ignores the unique identity that is the mixed-race identity.

For [Adekoya], the road to the end of white supremacy lies in economics, not in sociology. Moral arguments can always be ignored, economic arguments frankly cannot, especially not in a capitalist system. He also claims that while racism was created by ideology, it continues to be sustained by economics: the racial hierarchy today is a direct reflection of the global economic hierarchy.

Adekoya tells Open Country Mag that he has always asked necessary questions of identity. “Why do people identify with such-and-such kind of people and not with such-and-such kind of people? Why have humans divided themselves into ethnic, national and racial groups, what does this give them? Why do certain groups not trust certain other groups? Why do some people seem very self-conscious about their ethnicity or race but others don’t seem bothered at all?”

In an email to Open Country Mag, Little, Brown Book Group publicity director Jo Wickham explains that “In contrast to most other books on race with a top-down narrative, Biracial Britain adopts a bottom-up approach that centres real-life individuals – of very diverse racial configurations – narrating their lived experiences. The result is a series of personalised, nuanced and refreshingly honest stories, devoid of simplistic sweeping narratives and reflective, instead, of the complexities and contradictions of human behaviour.”

The book is even more significant as it is being published the same month that Kamala Harris, the USA’s first biracial Vice President, is taking office.

Biracial Britain: A Different Way of Looking at Race is out on 4 February 2021 from Constable.