An investigative feature in Airmail traced the American Nigerian writer’s history of taking without attribution. 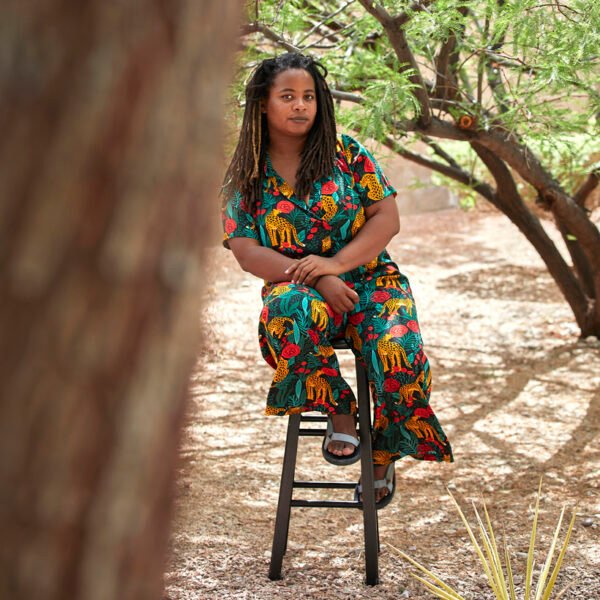 When Riverhead Books canceled the American Nigerian writer Jumi Bello’s would-be debut novel in January, it set off rumours of plagiarism. The Leaving, for which Bello received a $225,000 advance, had made several “most anticipated” lists of 2022, and was to be released this July. The book follows a young Black woman who is mentally ill, and who faces her past when she becomes pregnant.

Then in May, Literary Hub published an essay by Bello, titled “I Plagiarized Parts of My Debut Novel. Here’s Why,” in which she wrote about the pressure of finishing her book amid her grappling with her mental health. “I tell myself I’m just borrowing and changing the language,” she wrote. “I tell myself I will rewrite these parts later during the editorial phase. I will make this story mine again.”

But on the day the essay was published, people on social media noticed that a section of it, about the history of plagiarism, was lifted from elsewhere. Literary Hub pulled down the essay.

While the irony rendered Bello a laughingstock in literary circles, she was supported by several Black writers, including Roxanne Gay and Akwaeke Emezi, who tweeted, “This industry is not safe for Black neurodivergent writers and the people in power are not interested in making it safe.”

Now Bello’s plagiarism has returned to the news, courtesy of an investigative feature on Airmail where she shares more details with the journalist Johanna Berkman, chalking it up to a mistake “in not citing.” Bello says that, although the case sparked an online conversation about race in the publishing industry, she does not think her Blackness caused the uproar, but that it did garner the attention of prominent publications like The New York Times because she is Black.

While she acknowledged her mistakes, Bello told Berkman that she “suffered under a lot of pressures” with her health and personal and professional life. She said she has schizoaffective and chronic post-traumatic stress disorders and was hospitalized due to a psychotic break, just after graduating from the Iowa Writers’ Workshop. Afraid she would lose the book deal, she said, she kept it from her editor and agent, both of whom no longer work with her. She further added that despite the standard eight months for revising manuscripts, Riverhead gave her just two.

When Bello told her publisher, Riverhead’s Calvert Morgan, about her plagiarism, he told her that the manuscript would have to undergo a legal read. It led to the discovery of 30 instances of plagiarism in the nearly 300-page work. Sources of her lifting include Carole Maso’s memoir The Room Lit by Roses: A Journal of Pregnancy and Birth, Marie Cardinal’s autobiographical novel The Words to Say It, James Baldwin’s short story “Sonny’s Blues,” Matthew Olzmann’s poem “Mountain Dew Commercial Disguised as a Love Poem,” Marin Sardy’s nonfiction book The Edge of Every Day: Sketches of Schizophrenia, and Jennifer Nansubuga Makumbi’s novel A Girl Is a Body of Water. Her agent, Amy Williams, then informed her that Riverhead would be dropping the novel.

Yet her novel was not Bello’s first plagiarism.

She told Berkman that after her mother’s death, she moved to China in 2013, where she taught English. She decided to take writing seriously in 2018 and entered a poetry-slam competition in Beijing, and won. Then her title was revoked after she was reported for plagiarising Danez Smith. After this, she stopped writing poetry but continued to work on her fiction.

The investigative piece delves into Bello’s time at the prestigious Iowa Writers’ Workshop, revealing a climate of toxicity with her “more progressive” housemates. Then she submitted a story that plagiarized Carmen Maria Machado, her literary idol. Then a former housemate accused her of borrowing from his novel—a claim that her faculty adviser at the time declared groundless.

Bello told Berkman that she eventually wrote an apology to Carole Maso, one of the writers she plagiarized in The Leaving, after Maso first told Berkman she had gotten none. Berkman also notes another plagiarized passage that Riverhead had not spotted, from Rebecca Solnit’s essay collection Recollections of My Nonexistence.

Bello describes her plagiarism as a “flaw [in her] writing process.” She said, “These are all writers I’ve read and they’ve all passed through my work. It’s about the anxiety that you won’t be able to invent something as good.”