The multidisciplinary designer, whose clients include NASA, UNESCO, and Bill and Melinda Gates Foundation, makes work that is “unusual and unique.” 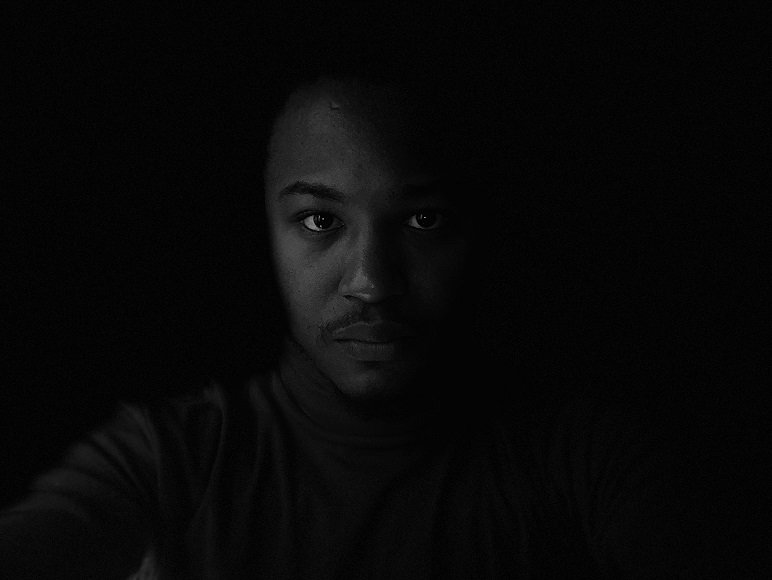 We are thrilled to announce that Emeka Ugwu, the architect of our new website look, has joined Open Country Mag as Art Director. The Nigerian multidisciplinary designer brings with him a passion for storytelling and genuine connection, and, in the newly created role, will continue to work closely with our editors to enhance the visual branding and storytelling of our platform.

Ugwu is Creative Director of Emmimade Design Agency, which he founded, and whose clients include NASA, UNESCO, UNICEF, Bill and Melinda Gates Foundation, and Johns Hopkins University. He further holds Creative Director positions at Zihone and at Morgan’s International Realty. A branding and interactive design specialist, his work spans graphics and identity, products and packaging, and websites and digital experiences.

The University of Benin graduate first began working with us in February, and subsequently designed the two covers of our debut special issue The Next Generation, released in April 2022. His visionary redesign of Open Country Mag is his first work with a media platform.

Below, he discusses his style and influences.

How did you begin as a designer?

It was circumstantial. I went to the University of Benin as an art history major. But while there, I was unbearably lacking in the skills to ace traditional art courses like painting and drawing, and so I instinctively gravitated towards any crafts that came to me easily. UniBen was, I think, the first Nigerian school to offer Graphics as a full programme. I decided that I could major in art history and then learn design in my free time, as opposed to following the expensive, rigid, and often tedious design classes. I then found that the curriculum was also basic and would not adequately prepare one to cater to the design problems of today.

How did you approach our covers for The Next Generation special issue?

My approach to The Next Generation covers, as well as to the reissued covers, was simple. I wanted to create a design with a particularised visual language, one that you often do not see around. Creating a cover that takes into account the purpose and mission of Open Country Mag meant that every aspect of the design had to illustrate and elucidate Africanness, a pride in Blackness. OCM archives stories and the achievements of important personalities in African literature, and so I thought to research historic touchpoints that I could draw from graphically.

The colours were inspired by most African flags and the inspiration came from ‘80s and ‘90s design philosophy. While mood boarding the art direction, I came across the Civil Liberties in War Time poster from 1940. It resonated with me because I saw the imposition and power that elucidates the emphasis on the raised fist, which became a symbol of the black movements of the latter 20th Century.

The use of ankara as background—infusing fashion into the cover—was inspired by the need to graphically annotate and accessorise African/black cultures.

We needed to update the OCM brand with an aesthetic. The new brand system comes with a typographic treatment and application on the website.

The logo redesign is a logotype of three typefaces: serif, sans serif, and Gothic, symbolizing everything we are or aspire to or are connected to—the traditional, the modern, the experimental, the gravitas of our work. Different sections of the website were made distinct using these typefaces. To create a unique interface, we chose a colour palette that allowed for a cohesive and complete brand integration.

The ankara is not just used for aesthetics but also for function. Different sections and pages have different ankara designs and colour schemes, to help for easy navigation.

While researching, I noticed that most competing sites in Nigeria and across sub-Saharan Africa do not have a sense of branding and often do not have a clear and easy-to-use website layout. So to avoid that, we had to use only enough design elements as needed.

Where we could, we mixed up fonts and played with images by blunting angles; that way, it is not jarring on the eye, especially with so much content on the site. Ultimately, there would be no point designing a website if it isn’t readable. It is most important that our audience find it easy to navigate the interface.

This is your first media website design. How is designing for a media platform different from your other roles?

The roles of artist, creative designer of the magazine, and UI/UX designer of the web demand different skill sets—and this is just at OCM. That said, this is nothing like I have ever done, in terms of scale. It was not just demanding, it was fun, especially working with you. You made this so easy for me. I can’t say that about all my collaborations. You challenged me to see how much we could do with little resources and limited time. You were also open to making concessions and trusting my creative impulses.

There are also some aspects of this site that are very different from my other projects. For example, most websites demand a simple layout, or a few layouts, with no intention to update the site. But that isn’t the case with you. Also, most projects I handle are usually centred around the identity, with a website as an addition.

I would also like to thank Chidinma Nnamani of Netacles Digital for making this extra easy by giving me space and time to learn during the development of the site.

Who are your favourite designers, and why?

I do not have favourite designers; a lot of my design inspiration come from random designers that are fairly or not popular. But among those I like, Arem Duplessis and Eddie Opera come to mind. I do love works by Da Design Studio, COLLINS, and Pentagram. I usually browse designers in Southeast Asia, South America, and the Middle East. I am also inspired by an array of architects, like Zaha Hadid and, particularly, Diébédo Francis Kéré, for his use of naturally sourced material. I am also inspired by photography and painting.

Do you have a design philosophy?

No, I do not have any particular design philosophy. I like to make designs that are unusual and unique. I also mix philosophies depending on my clients and my impulse. But clarity has to be the heart of everything I do. ♦