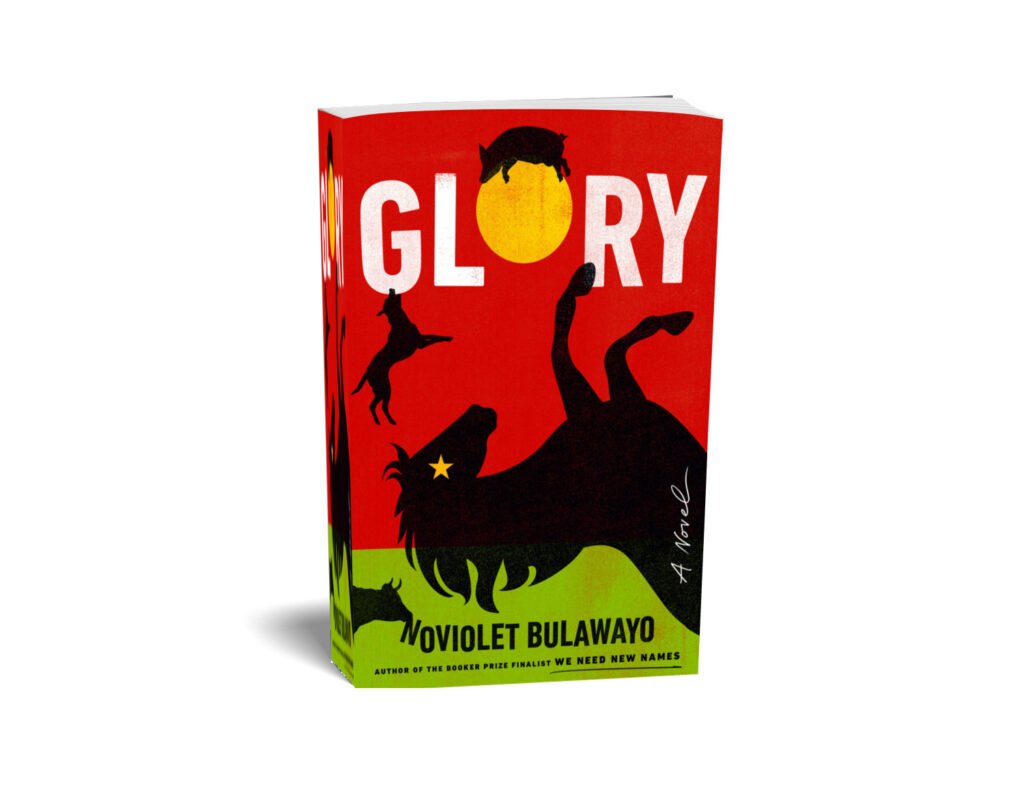 NoViolet Bulawayo’s Second Novel, Glory, Is Inspired by the Fall of Robert Mugabe

The Zimbabwean writer NoViolet Bulawayo has announced her second novel, Glory. The 576-page story revolves around Old Horse, a once charismatic leader in whom the animals of a once bountiful land found hope in the face of colonisers, who rules for forty years with the help of “his elite band of Chosen Ones” and Marvellous, his ambitious donkey wife, until his shocking fall. It is forthcoming in spring 2022 from Viking in the U.S. and Chatto & Windus in the U.K.

In an exclusive to Literary Hub, the publishers describe it as “a blockbuster novel about the fall of an oppressive regime and the chaos of revolution, presented as an uncannily recognizable anthropomorphic allegory—and inspired by the 2017 fall of Zimbabwe’s Robert Mugabe. In Bulawayo’s bold, vividly imagined novel, a chorus of animal voices calls out the dangerous absurdity of contemporary global politics, and helps us see our human world more clearly.”

Laura Tisdel, executive editor at Viking, said, “NoViolet Bulawayo’s debut We Need New Names—which won over readers, critics, and award juries alike—heralded the unforgettable arrival of a radiant, sharp new talent in fiction. With Glory, Bulawayo’s inimitable voice on the page, as well as her ability to reflect our contemporary circumstances in an utterly original way through fiction, deliver an ambitious, conceptually thrilling, gut-punch of a novel.”

Becky Hardie, deputy publishing director at Chatto & Windus, called it a “spectacularly inventive, powerful and witty novel. Just as kids like Darling, Bastard and Chipo got to the heart of the matter in NoViolet’s first book, here animals hold up a mirror to our world in a way that’s impossible to ignore.”

Raised in Bulawayo, Zimbabwe (she uses a pen name), NoViolet Bulawayo’s debut We Need New Names, published in 2013, won a Betty Trask Award, the PEN/Hemingway Award, the Hurston-Wright Legacy Award, the Etisalat Prize, and the Los Angeles Times Book Prize for First Fiction; and was shortlisted for the Man Booker Prize, the Guardian First Book Award, and the Barnes & Noble Discover Award. The novel’s first chapter, “Hitting Budapest,” had earlier won the AKO Caine Prize, as a short story, in 2011.