The Nigerian poet’s Sacrament of Bodies is nominated in the Gay Poetry category, & the Eritrean-Ethiopian novelist’s Silence Is My Mother Tongue is in Bisexual Fiction. 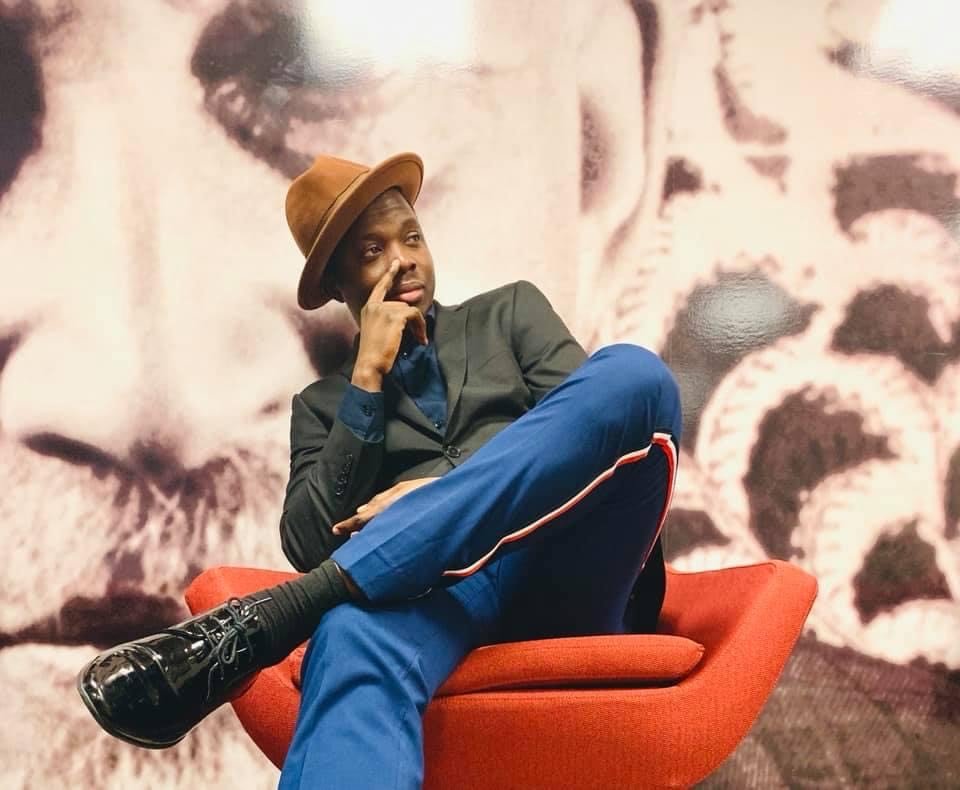 Romeo Oriogun’s debut full-length poetry collection Sacrament of Bodies is a finalist for the Lambda Award for Best Gay Poetry, and alongside him on the nominations list is Sulaiman Adonnia, whose novel Silence Is My Mother Tongue is nominated in the Bisexual Fiction category. The Lambda Awards organization is the most important body of LGBTQ writers in the US. The ceremony is known as the Lammys.

Oriogun, who broke out in the African literary scene when he won the Brunel International African Poetry Prize in 2017, is openly bisexual and writes extensively about masculinity, queerness and its politicization in a homophobic country, and what it means to be Nigerian, young, and burdened by history. At 29, his use of language has made him one of the most influential African poets writing now.

Sacrament of Bodies, published on 1 March 2020, exactly a year and two weeks ago, by the University of Nebraska Press, is a meditation on love and pain, joy and overcoming.

“Sacrament of Bodies is a very special book,” Ilya Kaminsky wrote in a blurb. “Romeo Oriogun has developed a style that is both personal and mythical, because these poems are sensual and spiritual at once, because they give us both. But it is his music that finally sways me, it’s music that lifts it all, that makes out of truth-telling a song. The music works here because Oriogun is a master of incantation. I love this beautiful, heart-wrenching, passionate book.”

Ellen Bass, in another blurb, describes the poems as making her “stronger.” It is “a gorgeous book filled with fiery pain and ecstatic desire,” she writes. “These poems are spacious enough to hold all the contradictions: the violence waged against gay people and the body’s insistence on love, the tenderness of flesh and the carnage of war, remembering and forgetting, silence and song. Romeo Oriogun has wrought complex, elegant poems that wrench beauty from all that would kill us.”

Oriogun is the author of the chapbooks The Museum of Silence (Arrow Press, 2019), The Origin of Butterflies (APBF/Akashic Books, 2018), and Burnt Men (Praxis, 2016). The manuscript version of Sacrament of Bodies, titled My Body Is No Miracle, was shortlisted for the Sillerman First Book Prize for African Poets. In 2020, he was shortlisted for The Future Awards Africa Prize for Literature.

Oriogun’s poems have appeared in Prairie Schooner, Harvard Review, McNeese Review, and Vassar Review. He has received fellowships from Harvard University’s English Department and the Hutchins Center for African and African American Research, the IIE-Artist Protection Fund, and the Oregon Institute for Creative Research. He is presently an MFA candidate at Iowa Writers’ Workshop.

“As an openly bisexual poet,” Oriogun told OPEN COUNTRY MAG about his Lambda Award shortlisting, “this means a lot to me, especially coming from a place where queer people still have to fight before our voices are heard.”

The other finalists in Gay Poetry are Tommye Blount for Fantasia for the Man in Blue, Eduardo C. Corral for Guillotine, Justin Phillip Reed for The Malevolent Volume, and Ted Rees for Thanksgiving: A Poem.

Sulaiman Addonia’s Silence Is My Mother Tongue, first published in the UK by The Indigo Press in 2018 and later released in the US by Graywolf Press in 2020, is set in a refugee camp in Sudan and follows a girl, Saba, and her “mute brother,” Hagos.

Kirkus Reviews called it “a memorable chronicle about ‘the bitterness of exile’ and the endurance of the spirit.” Addonia’s chief strength as a novelist, the publication writes, is “the arresting image, imbued with symbolism, while the novel’s vignette structure underscores the fragmentary, hallucinatory quality of trauma and memory.”

Addonia himself lived in a refugee camp in Sudan, after fleeing Eritrea following the Om Hajer Massacre. Addonia’s debut novel The Consequences of Love was published in 2008.

Addonia is nominated alongside Elisabeth Thomas for Catherine House, Booker Prize longlister C Pam Zhang for How Much of These Hills is Gold, Talia Hibbert for Take a Hint, Dani Brown, and Zaina Arafat for You Exist Too Much.

Books by Africans frequently get nominated at the Lambda Awards. The Nigerian writer Chinelo Okparanta won twice for Lesbian Fiction, for her 2013 story collection Happiness, Like Water and her 2016 novel Under the Udala Trees. The anthology Queer Africa, edited by the South Africans Makhosazana Xaba and Karen Martin, won the LGBTQ Anthology category in 2014. The Nigerian journalist Chike Frankie Edozien won for Gay Memoir in 2017, for his Lives of Great Men. In 2018, the Gerald Kraak Prize’s second anthology As You Like It won the LGBTQ Fiction Anthology category.

Oriogun’s rise, since Burnt Men and his Brunel Prize win, was attended by a homophobic backlash in Nigeria, including physical assault. Ahead of the publication of Sacrament of Bodies last year, he shared his remarkable personal story, of a mother’s love and of how talent and hard work turned an unknown without a bachelor’s degree into an impactful literary voice.