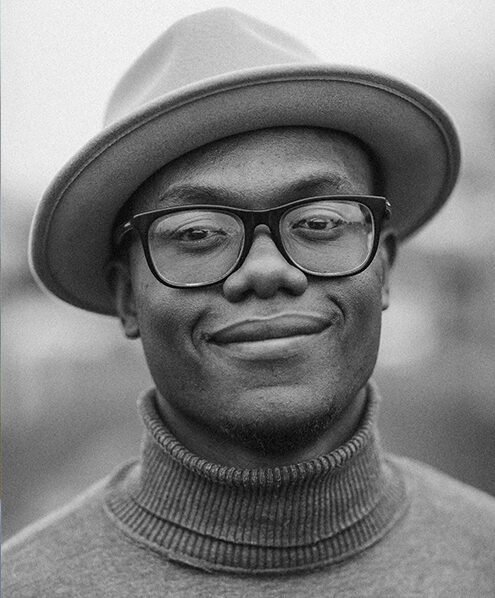 The AKO Caine Prize for African Writing has announced its 2021 shortlist.

The Rwandan-Namibian Rémy Ngamije, previously shortlisted in 2020, returns with “The Giver of Nicknames,” published in Lolwe. The Kenyan Troy Onyango, who participated in the Caine Prize Workshop in 2018, is up for “This Little Light of Mine,” published in Doek!. Another previous shortlister from 2019, the Ethiopian-American Meron Hadero, is back with “The Street Sweep,” published in ZYZZYVA.

“A Seperation” by the Ugandan-Canadian Iryn Tushabe appears in EXILE Quarterly, and the Ugandan Doreen Baingana’s “Lucky” in Ibua Journal. Baingana was also previously shortlisted in 2004 and 2005.

“I am delighted to see Troy’s story on the shortlist,” Ngamije, who last month won the Commonwealth Short Story Prize for Africa Region, told Open Country Mag in an email. “I knew it was a powerful and resonant piece of storytelling when it showed up in my inbox in 2020. The biggest prize for me, as an editor, would be to find the means to sustainably continue discovering, nurturing, and publishing Namibian writers as Doek! continues its journey towards Pan-African publication.”

“Just the shortlisting alone is a win, even if I don’t get to win the prize eventually,” Onyango told OkayAfrica. “My story being in an African publication, and being accessible to anyone, validates the fact that the work is being done.”

The shortlist, selected from submissions from 22 countries, is a testimony to what young Africans are building. But it appears that Covid-19 is also to thank.

This year, shortly before the submissions closed, the AKO Caine Prize, for the first time in 21 years, decided to take submissions by email. Up until then a publisher was required to send six copies of the print issue in which a story is published to London; or, if an online journal, to send six printed copies of the story. Consider a small magazine seeking funding to pay writers trying to send six copies of a story to London from Namibia or Kenya or Uganda. Also, there’s the fact that the package might get lost in transit, as usually happens, or arrive late.

“[T]he printing mathematics, the economics of postal delivery, and Doek!’s lack of funds in 2020 point to the strong conclusion that online submissions were the only reason the publication was even able to appear on the shortlist this year,” Ngamije said.

The stories deal with loss. Onyango’s “This Little Light” is about a guy trying to get into the rhythm of a new life, following an accident that distorts his old life and the fresh loss of a lover. Tushabe’s “A Seperation”, written a few months after her grandmother died in 2015, is about losing a loved one. Ngamije’s “The Giver” is about what we lose as we grow, and maybe what we find.

Hadero and Baingana’s stories deal with displacement and violence. Hadero writes with urgency about a family about to lose their home. Baingana writes of the absence of peace in Uganda.

“These remarkable five narratives all exemplify, with delicacy and truth, what good fiction is,” the chair of the judges Goretti Kyomuhendo said. They intermingle “politics and humour, brutality and love, loss and hope.”

“The shortlist is a storied one,” Open Country Mag editor-in-chief Otosirieze Obi-Young commented. “It could be revitalizing for the prize itself, showing what needs to change.”

“[I]t says five African writers, among many, miraculously managed to survive the misery that was 2020 and be shortlisted this year,” Ngamije said. “It says three African literary magazines put on and put out. It says we are having injera and ugali this year. It says African writers are here doing the hard work of writing and telling the stories that connect with readers.”