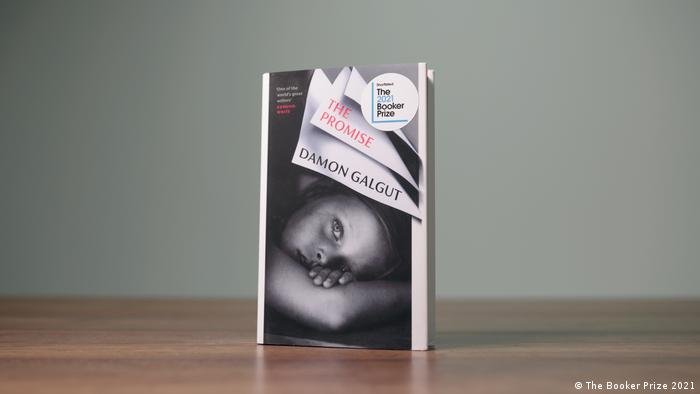 Your Guide to Damon Galgut’s 9 Books of Fiction

Last year, the South African novelist Damon Galgut won the Booker Prize with his novel The Promise. It was his third time on the shortlist. This month, he is on the cover of Open Country Mag, profiled by our editor Otosirieze Obi-Young.

Born in 1963 in Pretoria, South Africa, the 58-year-old’s work has been compared to that of compatriot J. M. Coetzee. He explores racial and power dynamics in his home country. As a white South African in tune with his country’s horrible past, he places his characters, mostly white South Africans, in situations where they have to come to terms with the consequences of Apartheid and a post-Apartheid world controlled by Black South Africans.

In all, his work is focused on the human condition: love, hate, desire, greed, longing. “Literature at its fullest takes human nature as its theme,” he told The Guardian. “That’s the kind of writing that interests me. The media want to position you in some category but I’d like to feel I have the freedom to write about anything that falls within the broad band of humanity.”

He has published a host of plays: Echoes of Anger, Party for Mother, Alive and Kicking, and The Green’s Keeper. Here are his nine books of fiction.

Galgut’s debut novel, which he wrote at seventeen, tips a hat to British author William Golding’s classic Lord of the Flies, in the sense that it places boys in conditions that yank out the monstrosity in them. Three delinquent teenagers are sent to Bleda Reformatory, a place that takes pride in its task of turning troubled boys into respectable men. There, the teenagers are struck with unimaginable violence, which forces them into a whirlwind of chaos, sex, and death.

Galgut’s only collection of stories explores how family can be an arid and alienating territory. In the title story, a nine-year-old is on his sickbed. It is a story of how parents deal with potential loss. The other four short stories—“Lovers,” “Shadows,” “The Clay Ox,” and “Rick”—also explore familial dysfunction and politics, parental abuse, and domestic violence.

The Beautiful Screaming of Pigs (1991)

A year after serving in Namibia on behalf of the South African army, Patrick Winter, a young white South African man, returns to the country in the company of his mother, to visit her young Black lover.

Against the backdrop of the first free elections in Namibia in 1989, Patrick revisits the trauma from his childhood and time in the army, as well as struggles with his politics and sexuality. The book won the Central News Agency Literary Award in 1992.

In this crime story, a nameless character kills a religious minister and takes on his identity. His lie has complications when a petty thief is found hiding in a quarry, near the corpse of the minister. The head of the local police realizes the foul play and begins a one-man hunt for the dubious character.

The Quarry was made into two feature films: one by the French Belgian director Marion Hänsel in 1998, and the other by the American writer and director Scott Teems in 2020.

Health workers in a derelict and underfunded hospital in a remote town have gotten used to the situation and shielded themselves in the ennui. When a young doctor full of energy and the determination to make a change enters the frame, he upends the status quo and puts himself and his colleagues in a line of danger fueled by crime and corruption.

The book was a finalist for the Man Booker Prize in 2003, won the Commonwealth Writers’ Prize for Best Book: Africa Region in 2004, and was nominated for the International IMPAC Dublin Literary Award in 2005.

Adam Napier arrives at a remote community in the Karoo, from Johannesburg, where he was sacked at his job. He meets Canning and his wife Baby and is sucked into their lives—with devastating consequences. It is a tale of friendship, betrayal, and the racially altered reality of South Africa.

This novel is a delicate cross between memoir and fiction. It is divided into three sections—“The Follower,” “The Lover,” and “The Guardian.” In all three, the narrator, whose name is Damon, journeys through Europe, Asia, and Africa, encountering strangers who become co-travellers, while grappling with a host of torturous emotions. It got Galgut his second shortlisting for the 2010 Booker Prize.

Galgut pays homage to the British novelist E. M. Forster and his homoerotic longings as well as his travels to India years before publishing his classic, A Passage to India. A fine blend of fiction and fact, the book’s title draws inspiration from a novel that Forster never finished before his death in 1970.

Arctic Summer was nominated for the 2014 Folio Prize and shortlisted for the 2015 Walter Scott Prize for Historical Fiction, the 2015 Sunday Times Barry Ronge Fiction Prize, and the 2015 University of Johannesburg English Literary Award.

Galgut’s Booker Prize-winning novel, which spans four decades, follows the Swarts, a white South African family and their failure to redeem a promise made to their Black domestic servant. Salome was promised ownership of one of the Swarts’ properties and, through the years, the family’s failure to keep to their promise pulls apart the threads that hold them together.