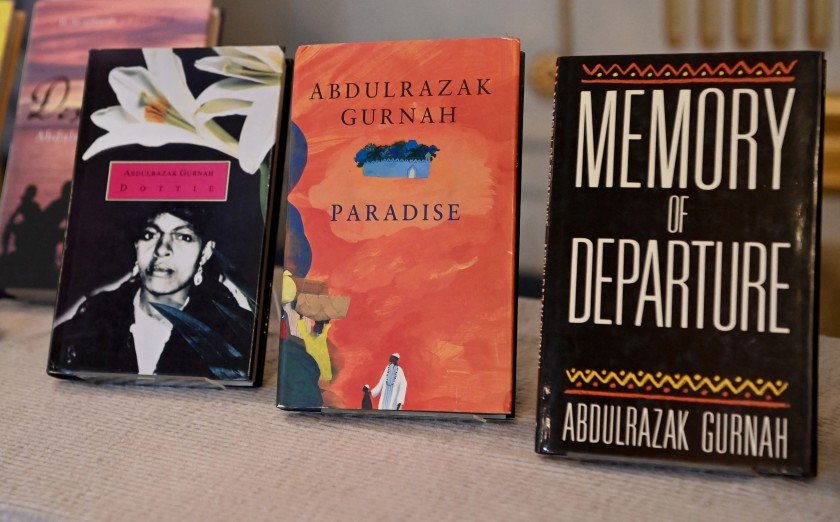 After Abdulrazak Gurnah’s win of the 2021 Nobel Prize in Literature, many readers worldwide are now looking to read his works.

The Tanzanian writer, who’s lived in Britain since the 1960s, has written short stories and academic essays. However, it is his novels which have brought him international acclaim, right from 1994 when he was first shortlisted for the Booker Prize. His latest, Afterlives, released only last year, is the 73-year-old’s 10th.

Tracing worlds from East Africa to Britain, Gurnah’s fictional universe is rich with history and imagination, unfurling through complex characters who teach us a thing or two about contending with visible and invisible enemies, whether in one’s home or a thousand miles away.

Gurnah’s debut novel vividly evokes coastal East Africa. It is the coming-of-age story of 15-year-old Hassan Omar. He lives with his poor family in a seaport village, often struck by hopelessness and surrounded by violence and despair. Around him, his father, sister, and brother prove to be flawed characters, stoking his misery even more. His mother is often brutalized by her husband. Hassan, however, moves to Nairobi, a city which, though with its own cruelty, offers something akin to hope.

Critics have found allegorical qualities in the novel; it could be a reference to the African continent, losing colonial influences to shape its own identity.

Gurnah’s second novel follows Daud, a Tanzanian who migrates to England in the ’70s. Subject to racist abuse, he often cuts a melancholic and dejected figure, marginalized in every way possible. Soon, Daud, named after the biblical David, begins to write imaginary letters to real and fictional characters, hoping to position himself better in the migrant narrative.

The eponymous protagonist of this novel, Dottie Badoura Fatma Ballour, was born in Leeds, England—a deviation from Gurnah’s usual centering of African-born characters. Hers is a story of struggle, growing up poor and, later on, losing her mother, left to take care of two younger siblings. In racially charged England of the ‘50s, her loose grasp on her family history leaves her disillusioned, and she finds solace in books and stories, attempting to fashion a space and identity for herself.

Nominated for both the Booker Prize and the Whitbread Prize for Fiction, Paradise was Gurnah’s breakthrough as a writer. A historical novel, it’s set at the turn of the 20th century and follows Yusuf, a boy born in Kawa, a fictional town in Tanzania. To settle his father’s debt, Yusuf works as an unpaid servant to Aziz, a powerful Arab merchant. His part in Aziz’s caravan troupe takes him trading, to parts of Central Africa and the Congo basin. Upon returning to East Africa, he encounters the German Army conscripting large numbers of African men to fight in the just beginning World War I.

In Gurnah’s fifth novel, an unnamed narrator returns to his native Zanzibar after a 20-year exile in England. There, he’s had a good life, meeting an English woman who’s writing a thesis on narrative theory. He’s a teacher in a small London school but often writes fiction to remember his former life, of family and warmth. On coming back, he finds a country unlike the one he left, and its deterioration broadens his perspective in seeing the extent of his own changes.

This Booker Prize-longlisted novel is structured into two parts. The first is narrated by Saleh, an old Muslim from Zanzibar seeking asylum in Britain, while the second part is narrated by Latif, a younger man who has been assigned to help Saleh adjust to his new home country. Coincidentally, Saleh’s visa had been forged in the name of an enemy, who happens to be Latif’s father. Their stories are neatly woven to condense each man’s past, the striking similarities, and the different ways they’ve taken memory into their new reality.

Set in East Africa, this intriguing novel is made whole by fragmented pieces and narratives. Its first part is set around the turn of the 20th century, describing how Englishman Martin Pearce collapses on the street, but is nurtured back into wellness by a local merchant whose family he becomes close to. Rather than pursue the romantic tension between Pearce and the merchant’s daughter Rehana, the novel’s subsequent parts jump forward half a century later, working around another similar story of forbidden love, still bound to the same cultural norms as the former.

Gurnah’s eighth novel further probes the immigrant experience through the story of Abbas, an East African living in England. After suffering a stroke, the ailing Abbas reminisces on his former life, shuttling between present and past as Gurnah’s other characters tend to do.

Starting in Zanzibar in the ‘60s, a period marked by revolutionary movements, Gravel Heart moves to London in the ‘90s. Its protagonist is Salim, a bookish child haunted by nightmares. He lives with his parents and his adored Uncle Amir, and there are unexplained secrets which weigh on his father, who increasingly becomes absent and subsequently moves out. Salim later relocates to London for college, helped by his uncle who’d become a senior diplomat. There, the lonely teenager contends with the stories of his family and his home nation.

In his latest and tenth novel, Gurnah tracks early 20th century East Africa, setting his story against the backdrop of German colonialism. The book is structured around four characters, and the most brutal story is that of Hamza, a young man who is forced to fight in World War I on the side of the Germans—like Yusuf in Paradise.

At war, Hamza is sexually exploited by an officer he’s dependent on. When he’s wounded in an internal clash between the German soldiers, he’s left at a field hospital and, returning to his coastal birthplace, can neither find his family or friends. His disruption is full, but not complete; his son Ilias, who later becomes Elias under German rule, reflects Gurnah’s technique of changing names as a nuanced representation of displacement in his fictional universe.

In her review for The Guardian, the Ethiopian novelist Maaza Mengiste writes: “He asks us to consider what remains in the aftermath of so much devastation. How do we remember, if we do not know what has been erased?”