Booker Prize: NoViolet Bulawayo Is the First Woman to Be Shortlisted for Her First Two Novels

With Glory, the Zimbabwean joins Nigeria’s Chigozie Obioma and India’s Rohinton Mistry in an elite group. 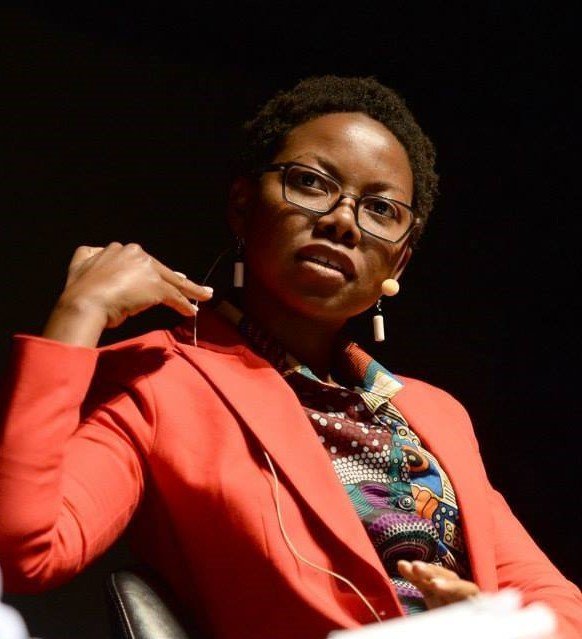 Home
Books
Booker Prize: NoViolet Bulawayo Is the First Woman to Be Shortlisted for Her First Two Novels

When her 2013 debut novel We Need New Names was shortlisted for the Booker Prize, NoViolet Bulawayo became the first Black African woman and first Zimbabwean to reach the final round. Nine years later, with her follow-up Glory, she has set a new record, becoming the first woman to have her first two novels shortlisted.

We made the projection in our coverage of her longlisting:

If Glory makes the shortlist, NoViolet Bulawayo will match a record set by India’s Rohinton Mistry and equaled by Nigeria’s Chigozie Obioma, currently the only two writers to have their first two novels be shortlisted for the Booker Prize.

Obioma joined Mistry in 2019, when his second novel An Orchestra of Minorities followed his 2015 debut The Fishermen. Mistry, however, holds the unusual record of having all his three novels be shortlisted for the Booker Prize: Such a Long Journey in 1991, A Fine Balance in 1996, and Family Matters in 2002. Don’t bet against Bulawayo and Obioma, though.

Bulawayo is the only African author nominated for the Booker Prize this year. Her 576-page Glory, inspired by the fall of Robert Mugabe, is set in a fictional country of animals. The story revolves around Old Horse, a once charismatic leader in whom the animals of a once bountiful land found hope in the face of colonisers, who rules for forty years with the help of “his elite band of Chosen Ones” and Marvellous, his ambitious donkey wife, until his shocking fall.

Glory was published by Chatto & Windus in the UK and by Viking in the US.

Upon its longlisting, the judges—Neil MacGregor, Shahidha Bari, Helen Castor, M. John Harrison, and the Congolese novelist Alain Mabanckou—described the book as fiction that “becomes almost reality as we picture the parallel between this Animal Farm, Zimbabwe, and the fate of many African nations. An ingenious and brilliant political fable that bears witness to the surreal turns of history.” With its shortlisting, they have called it “a magical crossing of the African continent, in its political excesses and its wacky characters.”

Bulawayo’s We Need New Names also won a Betty Trask Award, the PEN/Hemingway Award, the Hurston-Wright Legacy Award, the Etisalat Prize, and the Los Angeles Times Book Prize for First Fiction, and was shortlisted for the Man Booker Prize, the Guardian First Book Award, and the Barnes & Noble Discover Award. The novel’s first chapter, “Hitting Budapest,” had earlier won the Caine Prize, as a short story, in 2011. Bulawayo has an MFA from Cornell University, where she was awarded a Truman Capote Fellowship for her work. She was also a Stegner Fellow at Stanford University, where she taught fiction. She was a National Book Foundation “5 Under 35” honoree.

Joining Bulawayo on the shortlist are the Americans Percival Everett for The Trees and Elizabeth Strout for Oh William!, the Sri Lankan Shehan Karunatilaka for The Seven Moons of Maali Almeida, the Irish writer Claire Keegan for Small Things Like These, and the British writer Alan Garner, who becomes, at 88, the older writer ever shortlisted, for his 15,000-word work Treacle Walker.

The winner of the 2022 Booker Prize shortlist will be announced at the Roundhouse, London on October 17.