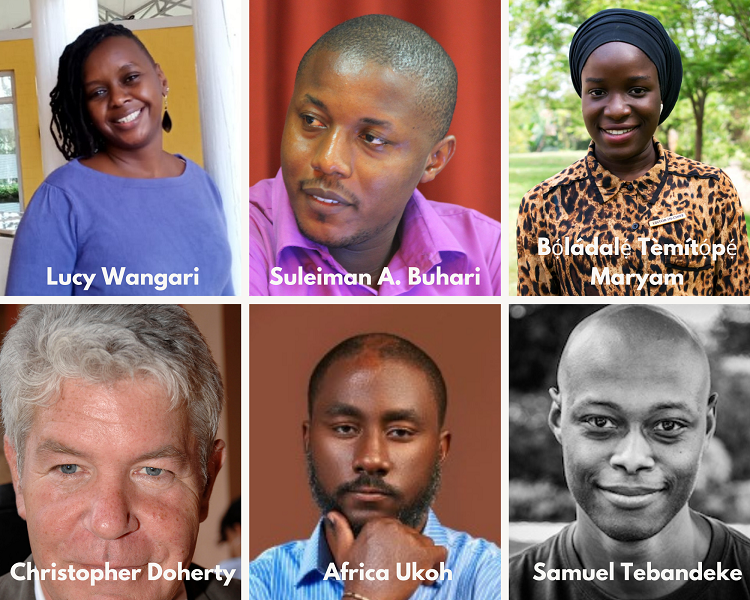 The Engaging Borders Africa project, created by the Nigerian novelist Richard Ali, has announced a filmmaking component to its Preventing and Countering Violent Extremism (PCVE) programme.

Admin Officer J. Malachi stated: “I’m pleased to announce the three stories we have optioned for our short films project, a major component of this project. Beyond the already brilliant stories, accessible on the website, the judges based their decision on three criteria peculiar to film as a medium for our counternarratives.”

The optioned stories are:

“This Side of the Sun” follows a by no means muted victim of multilevel violence sharing her traumatic story in the aftermath of her beloved sister Njeri’s death during a period of political hate.

Bọ́ládalẹ́ Tèmítọ́pẹ́ Maryam’s “Hate Is Like Party Jollof” explores ethno-religious hate between Yoruba and Hausa communities in Ibadan, which ancient city burns around a Hausa boy whose mother dies of cancer.

“Travelling”uses the metaphor of a road to animate all the drama around a young girl who, as yet, does not know her father has been killed by militant extremists.

All stories are available on the project website HERE.

Africa Ukoh, from Nigeria, is a playwright, screenwriter, theatre director, and producer. He tells stories that speak to global audiences through a uniquely African voice. His play, 54 Silhouettes, has been on the international theatrical performance circuit for over ten years, winning multiple plaudits, including the BBC African Performance Prize and the Best International Show award at New York’s United Solo Theatre Festival. The play has also been adopted into libraries and curricula of universities in Canada, Finland, and Nigeria.

As a screenwriter, he has worked on multiple highly acclaimed Nigerian films, including The Razz Guy (2021), The Lost Okoroshi (2019–currently on Netflix), and Green White Green (2016). His films have featured in festivals such as the Toronto International Festival, the British Film Institute’s London Film Festival, the Berlinale International Film festival, and the New York African Film Festival. Africa will be writing the screenplay for Travelling.

Samuel Tebandeke, from Uganda, is a screenwriter, producer, and director with a background in finance and accounting. An alumnus of the MNET Screenwriters workshop (2009), Maisha Film Lab (2008 & 2009), Ouaga Film Lab (2020), the Film Pro Series Pitching and Post Production Workshop, and the Less is More script development program (2021), he has gone on to write for TV and film. His debut short film, Another Beautiful Day, was released in 2017 and was in the official selection of the 40th Durban International Film Festival 2019. His directorial debut, Ten O’Clock, also a short film, premiered in April 2019 in competition for the Young African FilmMakers Award at the Afrika Filmfestival in Leuven, Belgium. He is the CEO and co-founder of Kiasi TV, a multiformat streaming platform for short-form afro-centric content.

Christopher Doherty is an American screenwriter, dialogue consultant, and visual artist, based in Munich, Germany, whose writing roll includes 1986’s The Name of the Rose, starring Sean Connery, and Bagdad Café. He was born in Washington D.C. and grew up in the United States and the Far East. He attended Washington Square College and New York University, with majors in Dramatic Literature & Cinema and Philosophy. He has worked with directors such as Werner Herzog, Roland Emmerich, and Wim Wenders. Most recently, he has written two screenplays for/with the award-winning Mexican director and actor Alfonso Arau. He will be working on This Side of the Sun by Kenyan writer Lucy Wangari.

Engaging Borders Africa manager Richard Ali said: “I am very excited about the film component; film, with its mix of dialogue, the visual, sound, and language, presents a powerful medium for getting counternarratives across to an African and diverse audience. In my thinking, whether in Ukraine or in Nigeria, ‘borders’ are often locations of ideological, linguistic, and even ethno-religious contestation but we as creative people must subvert this, making borders a scene for engagement and cooperation. We have already demonstrated that stories can explore, educate, and change perspectives on violent extremism, radicalization, and hate speech in our 30 stories from Nigeria, Kenya, Mali, Burkina Faso, Niger, and Ivory Coast. Now we will see how much more resonant our stories will be using the short film genre, still based on these powerful continental stories and a very capable team behind Engaging Borders.”

Engaging Borders Africa is a project of STRADA Development Initiative, with funding from the Open Society in West Africa (OSIWA). We gather a wide range of expertise cutting across African literature, security studies, the academia, film, as well as the civic space, all with the shared aim of changing the ways young people understand radicalization, violent extremism, and disinformation, which are key feeders of conflict and terror in Africa.