The Men’s Club, Reviewed: A Charming Portrayal of Masculinity and Friendship

Tola Odunsi’s web series is a refreshing, revelatory take on bromance, with Baaj Adebule standing out in the ensemble.
★★★★★ 3/5
Home
Reviews
The Men’s Club, Reviewed: A Charming Portrayal of Masculinity and Friendship

The title cards tell us that the lead characters of The Men’s Club are successful, bordering on 30, and married or in committed relationships. The show’s “woman trouble,” as one of them, Louis, puts it, is what we expect with four attractive young men. But in a surprising depiction of male camaraderie, it lets itself be more.

An online hit across its three seasons so far, this RedTV web series by director Tola Odunsi follows four friends as they navigate their personal and professional lives. While in a toxic relationship, wealthy businessman Aminu falls for Tumini, a simple banker. Louis, a laidback hotelier, is stuck in an arranged engagement, but is in love with his best friend Lola. Lanre works in tech and has a newfound attraction to older women, and architect Tayo is frustrated in a loveless marriage. As entertaining as the romantic drama is, the heart of The Men’s Club stems from the central bromance of the four men.

There is nothing more endearing than when the men gather in the lounge they frequent. They share drinks and take turns venting. Their dynamic is effortless: the banter and teasing, the laughter, updates of their work and relationships, the candor, the ease. More than a bunch of guys drinking and catching up, there is something intimate about these scenes.

Different facets of African masculinity have largely been ignored in film, and so, as a young woman myself, peering into this expression of male friendship was novel. The Men’s Club is unafraid to chart Nigerian maleness as something more than the sentiment amongst many women that “men are scum.” And while the men in this series do behave questionably at times, they are also affectionate, brave, vulnerable. Most of all, they care deeply for one another.

Ayoola Ayolola channels arrogance and charm as Aminu Garba, and Daniel Etim Effiong’s Lanre Taiwo is sensitive and hopelessly in love. Efa Iwara as Tayo Oladapo is exhausting in his indecisiveness and poor choices, but one cannot help but root for him. They all deliver onscreen, but Baaj Adebule stands out as jester of the group Louis Okafor, who for the most part is lighthearted and passive but becomes increasingly discontent with the course of his life.

The series is not without its flaws. Initially, it flounders in its botched production and the occasional lack of attention to detail. The story and sets are sometimes implausible, the replacement of actors is disconcerting (although it proves better in the case of Patrick, from Orwi Manny Ameh’s drab, often clunky version of the character in Season 1 to Ibrahim Suleiman’s more capable, albeit imperfect take in Seasons 2 and 3), and the show suffers from the poor performances of a lot of the supporting cast. Unfortunately, it also narrows its female characters to little more than love interests or villains, but the women do their best in fleshing them out: Yewande Lawal Simpson’s Shade gives perhaps the realest and one of the best scenes in the series with “Uncle Lanre”; Nengi Adoki and Mimi Chaka are simply delightful; Adebukola Oladipupo’s nuanced portrayal of Tiara is underrated; and Sharon Ooja’s Jasmine is intense as Aminu Garba’s scheming, cleaving ex, but she is also, impressively, a frightened young woman who wants to survive.

But The Men’s Club wants to grow and evolve, and it does. It improves on its production quality and story as the series progresses. With so much potential, beloved characters, stellar acting and chemistry, it has garnered quite the fan base. Viewers are enamored by the way these men show up for one another, from comforting and supporting to advising and telling hard truths. Tola Odunsi’s is a revelatory and refreshing take on male friendship; despite all the drama, and there really is plenty, The Men’s Club makes no mistake in what it regards as its most important relationships. ♦ 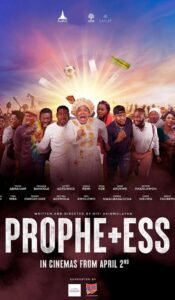 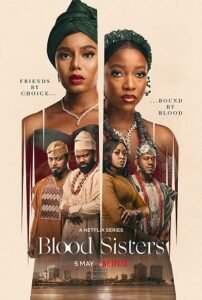 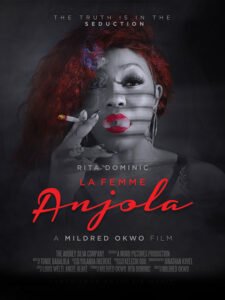