The Sierra Leonean British author examines race in America through the lens of an African and what it means to walk the world in a Black woman’s body. 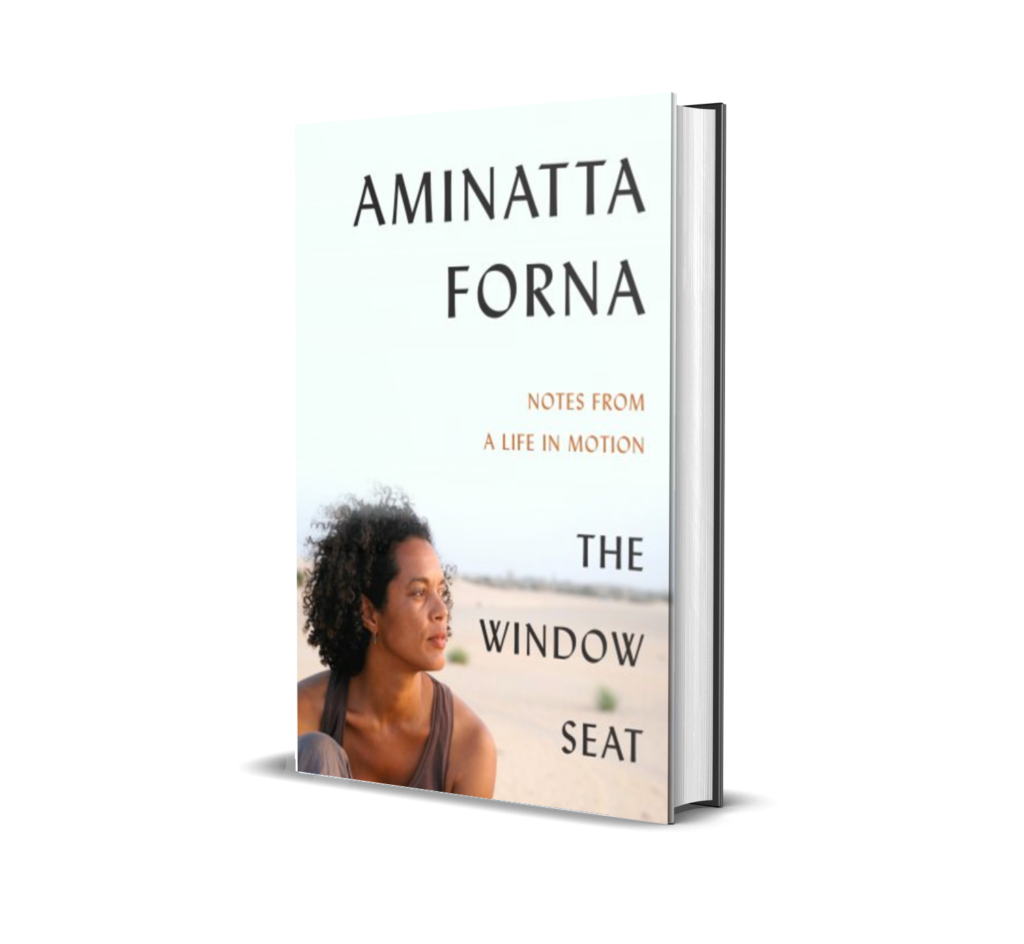 The Window Seat: Notes from a Life in Motion by Aminatta Forna.

As the title implies, and as Chinelo Okparanta notes in a blurb, The Window Seat is “a journey.” In “Crossroads,” Forna examines race in America through the lens of an African. In “The Last Vet,” by shadowing Dr. Jalloh, the only veterinarian in Sierra Leone, as he works with dogs on the streets of Freetown, she meditates on what a country’s treatment of its animals says about its principles. In “Obama and the Renaissance Generation,” she explores the burden of rebuilding placed on the generation of Barack Obama’s father and her father. And in “Power Walking,” she creates an energetic portrait of what it means to walk the world in a Black woman’s body.

The essays in The Window Seat are marked by movement. “Migration is in the heart of humans, we were a migratory species long before we became a settled one, which only happened 10,000 odd years ago with the advent of farming,” Forna said in a conversation with Maaza Mengiste for Literary Hub. “Just the snap of a finger in evolutionary terms. That act of settling, of claiming land, gave rise to new narratives, stories that staked people’s rights to the place they lived. People talk about roots, but plants have roots, not human beings. Humans have feet and feet are meant for walking.”

Forna was raised between countries: Scotland, Sierra Leone, Thailand, Zambia. Her family travelled for different reasons: education, work, safety, and also for pleasure. As an adult, she travelled even more. “One morning in 1995 I leapt out of bed and said to my new husband, ‘Quick! Let’s go to Cuba before Castro dies,’” Forna told Mengiste.

The essays in The Window Seat, Salman Rushdie writes in another blurb, “ranging across continents and time, so broad in their themes and so deep in their perceptions, are essential reading, combining Aminatta Forna’s great gifts as a storyteller and her razor-sharp analytical skills.”

The Window Seat: Notes from a Life in Motion is forthcoming from Grove/Atlantic in May 2021.