Poda-Poda Stories is a digital platform for writers from Sierra Leone, whose literary scene was disrupted by a decade-long civil war and is now regenerating with great promise. “I started it to look inward and celebrate our own writing,” says editor Ngozi Cole in this interview. “What was missing was building bridges and connections.” 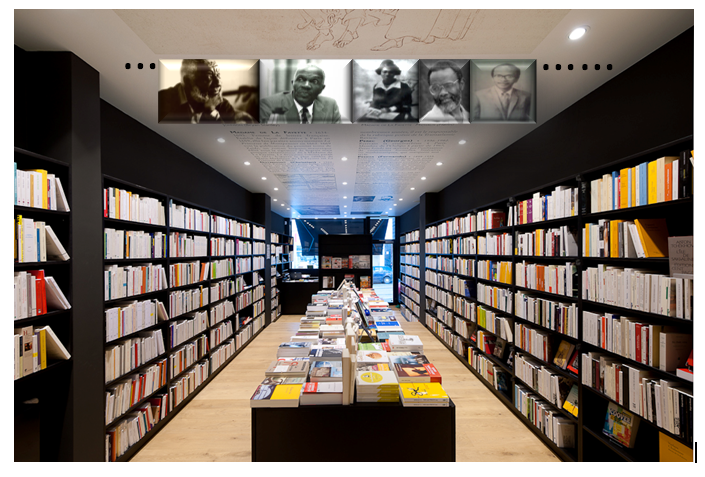 Sierra Leonean literature has produced some influential figures. They include Adelaide Casely-Hayford, the activist and short story writer; Yulisa Amadu Pat Maddy, the poet and playwright whose work in theatre exceeded the bounds of his country; and Syl Cheney-Coker, whose novel The Last Harmattan of Alusine Dunbar won the Commonwealth Writers’ Prize for Africa Region in 1991. But the Sierra Leone Civil War (1991-2002) affected the scene, creating a gap between the older and newer generations, and between those living in the country and those in its diaspora.

Recently, there have been organisations working to fill the huge gap, part of a larger national creative reawakening. In 2019, there was the first Sierra Leonean National Book Fair. There is the Sierra Leone Writers Series, the only publisher in the country, and there is Poda-Poda Stories, a digital platform publishing new writing and curating work.

Ngozi Cole is editor of Poda-Poda. It is named for the minibus used for transportation all over Sierra Leone. “I heard some of the most interesting stories of everyday Sierra Leoneans in those buses,” she has written, “and they are the heartbeat of my city, Freetown.”

In this interview with Open Country Mag, Cole talks about Sierra Leonean literature, editing Poda-Poda, some of the platform’s upcoming projects, and what the African literary community can do to support Poda-Poda’s work. “Magazines that publish African literature in general, like Afreada and Lolwe,” she says, “are doing very important work.” Poda-Poda is building on that.

Before Poda-Poda, what was the Sierra Leonean literary scene like?

The Sierra Leonean literary scene has always been here. We have a rich history of prominent writers such as Professor Eldred Jones, Yulisa Maddy, Oumar Farouk Sesay, Syl Cheney-Coker, and Adelaide Casely-Hayford, who in many ways helped to shape the literary scene and culture. Another key player is the Sierra Leone Writers Series, the only publisher for Sierra Leonean writers in the country.

However, after interviewing some writers, I realised that the scene was fractured a lot after the civil war. Before the war, we had a thriving theatre culture and writing collectives. So the literary scene in Sierra Leone has always been around, but I guess what was missing was building bridges and connections between writers at home and in the diaspora, and also sharing and publicizing the work in the ever-expanding digital space. And that’s where platforms like Poda-Poda Stories come in.

When did you realize that Poda-Poda was what the scene needed to keep the stories alive and to share them, among a variety of other media?

I started Poda-Poda Stories to look inward and read more and celebrate more of our own writing, and celebrate our writers, both established and emerging. As a writer and avid reader myself, I understand how literature shapes an individual and society as well. It shapes our thinking, how we see ourselves as Sierra Leoneans, especially in relation the rest of the world. So it’s very important for Sierra Leoneans to read Sierra Leonean writing both in school and for pleasure.

What were the first months like, collecting submissions for Poda-Poda?

It was tough! Not just collecting submissions, but also editing. Editing takes a lot of time. But I am grateful to everyone who submitted and supported the platform. There was indeed an outpouring of support. I also learned a lot and I was very impressed by the talent. There are so many young talented writers in Sierra Leone and it was a joy to read their work.

Do you have a team that works with you—volunteer readers, regular contributors?

The plan, when I was starting, was to build a team of editors—for film, photography, fiction, and poetry. I’ve paused that because I hate to bring people on board and not compensate them. I’m really particular about that, because it is honestly a lot of work. Which is why, even though I encourage submissions for the site, people who submit understand that it’s not paid. So for now, I run it: social media, interviews, and editing.

However, what helps me tremendously is collaborating with people who can help me. An organization that has been extremely supportive is Young Salone/The Young Sierra Leonean, a collective that promotes Sierra Leonean arts and culture in the diaspora. We’re always collaborating on projects and virtual events, and they’ve built an impressive platform, too. I am open to volunteers, but for now, I am unable to compensate. But I’m confident that someday I will bring in people and pay them well.

Poda-Poda publishes work in English and in Krio. Are you looking at publishing work in other languages and in translation, in the future?

Of course! One of our principles is growth, nothing is static. I publish poems in Krio and I want to receive work submitted in other Sierra Leonean languages, too, like Temne, Mende, Limba, etc. Translation is another issue because, on the one hand, it does change the original form of the beauty of what was written, but, on the other hand, it helps to make it accessible to a wider audience.

What has it been like doing this work for the past two-plus years? What has the reception been like from Sierra Leone and the Sierra Leonean diaspora?

It’s really been a great journey. Difficult, because everything is self-funded and self-run, but that Sierra Leoneans are slowly warming up to the idea of such a platform has also helped challenge the idea that we do not have a reading culture. Sierra Leoneans read, we just don’t have enough access to books, especially fiction. We don’t have a thriving publishing industry, and ordering books from outside can be expensive. But people do want to read and are interested in what Sierra Leoneans are writing.

The Sierra Leonean diaspora, too, has been supportive, but I would really encourage more of us to support and amplify the platform, submit reviews, stories, share your work, anything you can do. And please reach out if you have any ideas for collaboration—or funding!

It can also be tiring work, because when I started, I wasn’t sure if people would even be interested in this. Then the site had issues with people plagiarizing—literally lifting interviews I’d done and publishing on other sites or newspapers, without giving credit. But we are slowly building an incredibly supportive community.

What drives me is really my curiosity to discover what is out there in Sierra Leonean writing and I’m proud of how far the platform has come. The highlight for me has been the interview series, where I interview Sierra Leonean writers about their work and creative journeys. I’ve had beautiful conversations and email exchanges, and emerging writers have also been inspired by these.

Does Poda-Poda have any new projects coming up soon?

Yes! In August, the Poda-Poda Book Club is launching, which will feature an author every month and a Q&A with readers of their work, either in person or virtually. Poda-Poda Stories is building a community online and I’d like to take that a step further. I’m really excited about it!

Are you looking at working with other literary platforms from around the continent and its diaspora, and in what ways would you like to collaborate? In what ways can literary communities support Poda-Poda?

Of course! I am always looking for collaboration. Some magazines have done a good job of highlighting our work, and I always encourage writers to submit to magazines that publish African literature in general. Those are really great platforms doing very important work. Before them, writers on the continent had to figure out how to submit to western literary magazines to get published. For some of those platforms, you actually have to pay submission fees, which I am totally against.  But African magazines created a great space just for African writers, to publish and amplify our work.

I guess, for the diaspora, I would say, AMPLIFY, AMPLIFY, AMPLIFY—amplify the work of Sierra Leonean writers in and from Sierra Leone. We are a small country with a small population, and we are often drowned by bigger West African countries online, so we really have to make a lot of noise. Sierra Leone indeed has a literary scene—buy Sierra Leonean books, get in touch with the authors, please reach out to us with any reviews you have, and we’ll publish it. Support, support, support our own. If you see any external opportunities, share with Sierra Leonean writers. There is a lot of talent here, but the gap is access to opportunities.