Her manuscript, Mass for Shut-Ins, was praised for its “potent incantations” and called “Flowers of Evil for the 21st century.” 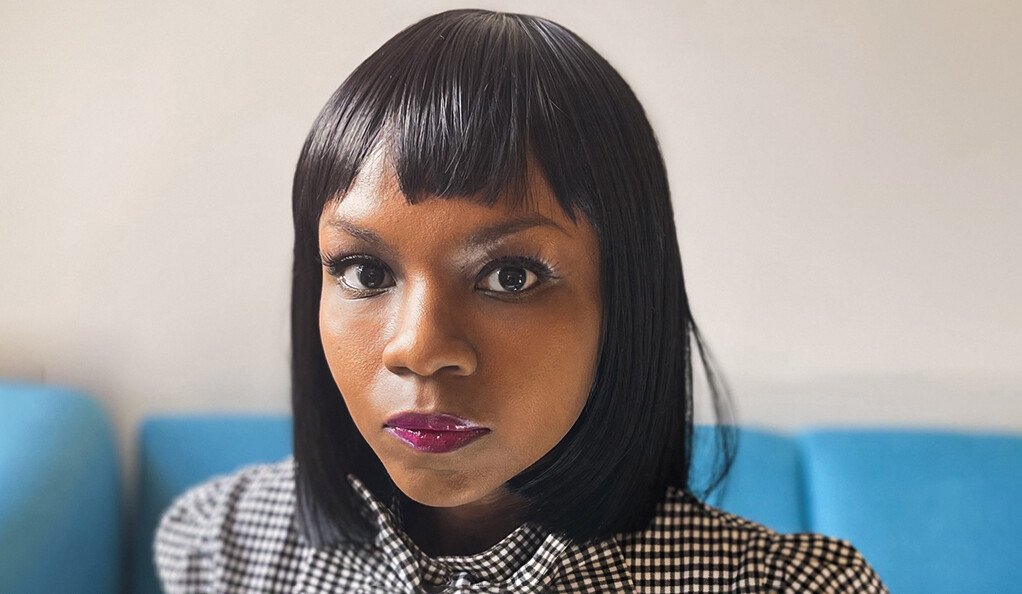 Daniel’s manuscript, Mass for Shut-Ins, was chosen by the judge Rae Armantrout. “This book should come with a warning,” said Armantrout, “and it does—with three, in fact. The first section opens with the generic symbol for caution; the second with the warning sign for radioactivity; the third with the biohazard symbol. Is Mass for Shut-Ins this scary? Almost—and only partly because it explores such topics as serial killers, plague, slavery, and the nature of hell. Against humans creating hell on earth, Daniel draws on animistic, Islamic and syncretic Christian traditions from her native Nigeria to unleash potent incantations, rituals and spells, electric as St. Elmo’s fire. This is Flowers of Evil for the 21st century. Buckle up.”

“Half a lifetime ago,” said Mary-Alice Daniel about her win, “when I was 17, I sat in an auditorium and heard poems that made me need to write poems. Ever since that first Yale Younger Poets reading, I’ve looked to this Series to astonish me, to keep showing me what a first book can be. I finished my manuscript in its roughest form about ten years ago, and for ten years, it met with rejection. As I honed my words obsessively, I asked myself if they mattered if they weren’t reaching anyone. Most young writers know this story; many have lived their own decade of discouragement. With deep gratitude—and in deep depth—to my mentors and peers, I hope my work will be a contribution to a community and its craft.”

Mary-Alice Daniel was born in Maiduguri, a city in northeastern Nigeria. At the time her parents were lecturers at the University of Maiduguri, and other relatives were scattered around neighboring states like Sokoto. She moved with her family to England at a young age, her father entering medical school there and her mother toing the academic path, completing her doctorate.

In 2016, Daniel was shortlisted for the Brunel International Poetry Prize. She has since been published in American Poetry Review, New England Review, Black Warrior Review, Hayden’s Ferry Review, and Callaloo, among others. A graduate of Yale University, she was selected by Nobel laureate Louise Glück to receive the Clapp Fellowship, an award supporting a postgraduate year of poetry composition.

“My writing,” she once said in an interview, “probes the friction created by conflicting cultural ideas at work in my history as they rub against each other. As I investigate my strange place in the world, my poetry naturally engages the peculiar. The uncanny is the familiar—the home—taking on disturbing, unsettling qualities. The uncanny landscape is marked by superstition and the supernatural. Its inhabitants are ghosts, doppelgangers, eerily humanlike figurines. In my entanglement with the uncanny, I question: What can be familiar to someone of many homes and no home, a true native of nowhere, a foreigner even in the motherland, an inheritor of incongruence, and a descendent of discordant cultures?”

Mass for Shut-Ins is Armantrout’s second selection, after succeeding Carl Philips as judge for America’s longest-running poetry prize. Yale Press will publish the book in April 2023.

Check out more details and read an excerpt of Mary-Alice Daniel’s poem on Yale University website.