“We all stand before history,” it reads. “I predict that scene here would be played and replayed by generations unborn. By our actions we have denigrated our country and jeopardised the future of our children.” 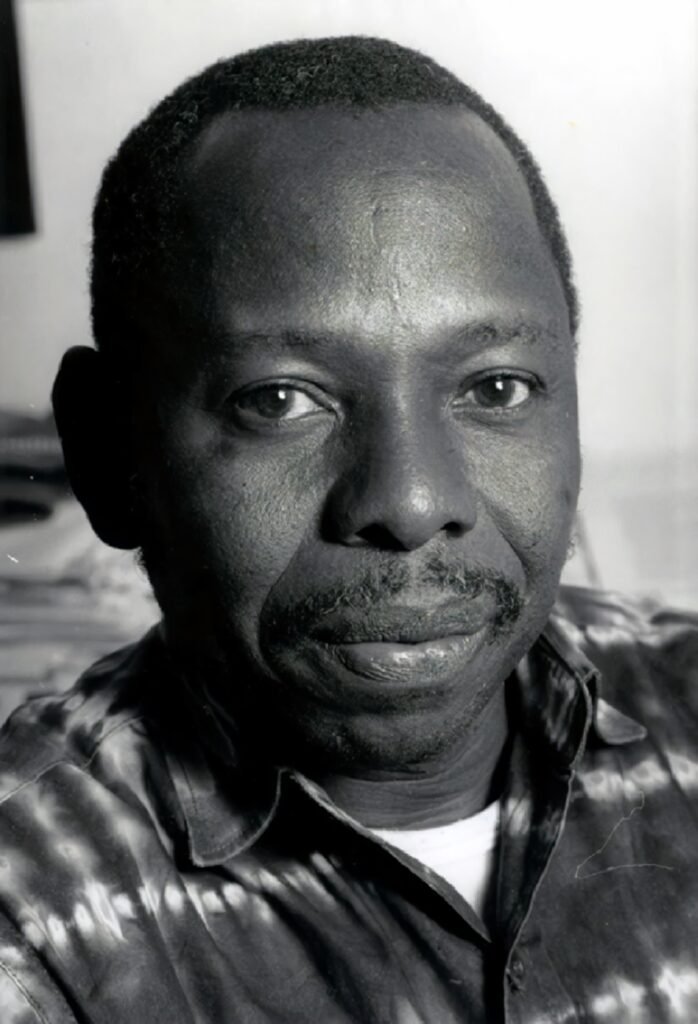 On 10 November 1995, a military tribunal constituted by General Sani Abacha’s regime tried and secretly hanged nine Ogoni men. The Nigerian writer and activist Ken Saro-Wiwa was one of them. The other men were Barinem Kiobel, Saturday Dobee, Paul Levura, Nordu Eawo, Felix Nuate, Daniel Gbokoo, John Kpuinen, and Baribor Bera. They had been accused of killing four Ogoni chiefs at a pro-government meeting. “There is no possibility whatsoever that I or MOSOP [Movement for the Survival of the Ogoni People] would ever have planned any such action,” Saro-Wiwa said in response. “And I will forever vow it, no matter what any forum decides upon.” This was part of his last public statement. Days before the execution, he wrote a speech which he hoped to read at the trial. But the tribunal did not allow him to do so.

In November 2020, activists and Ogoni people marked the 25th anniversary of the execution of Ken Saro-Wiwa and his eight kinsmen, honouring his courage and heroic spirit. During his lifetime, Saro-Wiwa wrote plays and stories, including the novels Sozaboy: A Novel in Rotten English and Songs in a Time of a War, and the popular NTA sitcom Basi and Company. Then he devoted his time and resources to a peaceful campaign against the Royal Dutch Shell Company and the Nigerian government under Abacha’s rule—resisting the plundering of Ogoniland.

This year, in Rivers State, Ogoni leaders organized a memorial in honour of Ken Saro-Wiwa, making a call to the Nigerian government to publicly declare his and the other eight men’s innocence. This, the Ogoni leaders said, would be a major step in restoring peace in the Niger Delta area.

The Uyo Book Club in Akwa Ibom State hosted a colloquium in his honour. In a gathering in the UK, the activist Esther Stanford-Xosei read the speech that Saro-Wiwa wasn’t allowed to read.

“My Lord, we all stand before history,” the speech begins. “I am a man of peace, of ideas, appalled by the denigrating poverty of my people who live on a richly endowed land, distressed by the political marginalisation and economic strangulation, angered by the devastation of their land, their ultimate heritage, anxious to preserve their right to life and to a decent living, and determined to usher to this country as a whole a fair and just democratic system. I have devoted my intellectual and material resources, my very life, to a cause in which I have total belief and from which I cannot be blackmailed or intimidated.”

In the 6-minute speech, Ken Saro-Wiwa made a case for his innocence. He added that his non-violent campaign against Shell and the Nigerian government was justified.

“We all stand on trial, my lord, for by our actions we have denigrated our country and jeopardised the future of our children,” Saro-Wiwa wrote. “As we subscribe to the sub-normal and accept double standards, as we lie and cheat openly, as we protect injustice and oppression, we empty our classrooms, denigrate our hospitals, fill our stomachs with hunger and elect to make ourselves the slaves of those who ascribe to higher standards, pursue the truth, and honour justice, freedom, and hard work. I predict that scene here would be played and replayed by generations unborn. I call upon the Ogoni people, the peoples of the Niger Delta, and the oppressed ethnic minorities of Nigeria to stand up now and fight fearlessly and peacefully for their rights. History is on their side. God is on their side.”

Watch the reading of the speech: