The Zambian poet’s debut, which won the Sillerman First Book Prize, “questions the boundaries of diaspora and narrative on monolithic categorizations of Blackness.” 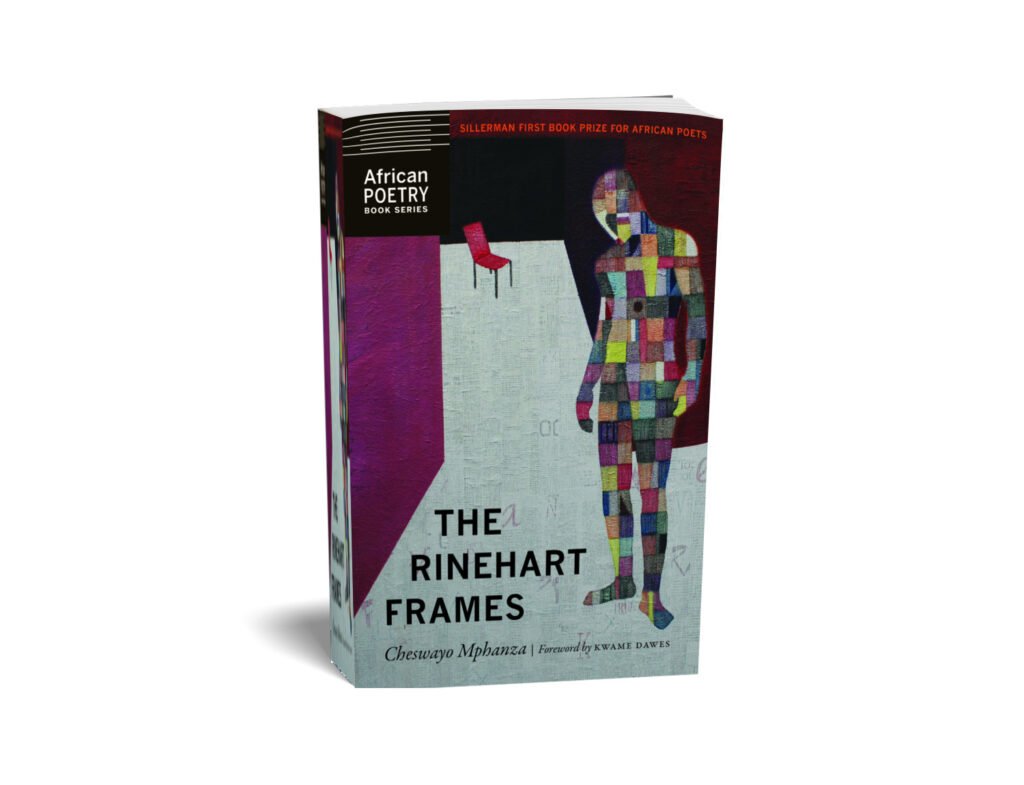 Last year, the manuscript of Cheswayo Mphanza’s The Rinehart Frames won the Sillerman First Book Prize for African Poets. The collection is now published, and in it, the Zambian poet, a previous finalist for the Brunel International African Poetry Prize, looks at the nuanced unfolding of Blackness across global spectra.

The 126-page work takes its name from a character in Ralph Ellison’s 1952 novel Invisible Man, the con artist named Bliss Proteus Rinehart, whose story it places side by side with the Iranian director Abbas Kiarostami’s 2017 experimental film 24 Frames.

It comes with a foreword by Kwame Dawes, editor of the African Poetry Book Fund (APBF) and of Prairie Schooner.

“The poems in The Rinehart Frames seek to exhaust the labyrinths of ekphrasis,” its publisher, the University of Nebraska Press, shared. “By juxtaposing the character of Rinehart . . . with the film 24 Frames, the poems leap into secondary histories, spaces, and languages that encompass a collective yet varied consciousness of being.”

The collection “questions the boundaries of diaspora and narrative through a tethering of voices and forms that infringe on monolithic categorizations of Blackness and what can be intersected with it. The poems continue the conversations of the infinite possibilities of the imagination to dabble in, with, and out of history.”

Cheswayo Mphanza was born in Lusaka, Zambia, and grew up in Chicago, Illinois. His work has appeared in the New England Review, the Paris Review, Hampden-Sydney Review, Lolwe, and Birdfeast. He has received fellowships from the Bread Loaf Writers Conference, Hurston/Wright Foundation, Callaloo, Cave Canem, and Columbia University. He has an MFA from Rutgers-Newark. He won the 2017 Hurston/Wright Award for College Writers and the 2020 Boston Review Annual Poetry Contest.

“The Rinehart Frames seeks to capture the ubiquitous nature in which Blackness exists,” Mphanza told Open Country Mag. “Essentially, the ontological argument is the splayed-ness of Blackness. Thus, the perpetual contestation of living in a Black body is navigating this resistance and folding.”

Poets have praised The Rinehart Frames. It is “one of the finest poetry debuts to appear in years,” wrote John Keene, author of Counternarratives. It “gathers poetry we badly need now, and will return to, as a touchstone, in the future.”

Mphanza, notes Diego Báez of Booklist, “has assembled an archive from a dizzying array of sources, remixing input to create an astute study in intertextuality that is immediately personal and deeply engaged with art and African, American, and world history.”

Rigoberto González, author of Unpeopled Eden, suggests that “Cheswayo Mphanza has shaped a language attuned to race, violence, and the artist’s relentless search among the ruins for wisdom, truth, and beauty.” The “inventiveness and elegance with which The Rinehart Frames weaves the imaginations of visual art, film, and literature in order to observe and absorb the experience of Blackness in the troubled past and unsettling present is,” he writes, “nothing short of extraordinary.”

On Facebook, where he shared a discount code on its publication day, March 1, Mphanza called the book “my little light.” He is excited, he said, “for the journey the work has been taking me on.”

The Rinehart Frames is published by the University of Nebraska Press. Buy it HERE.