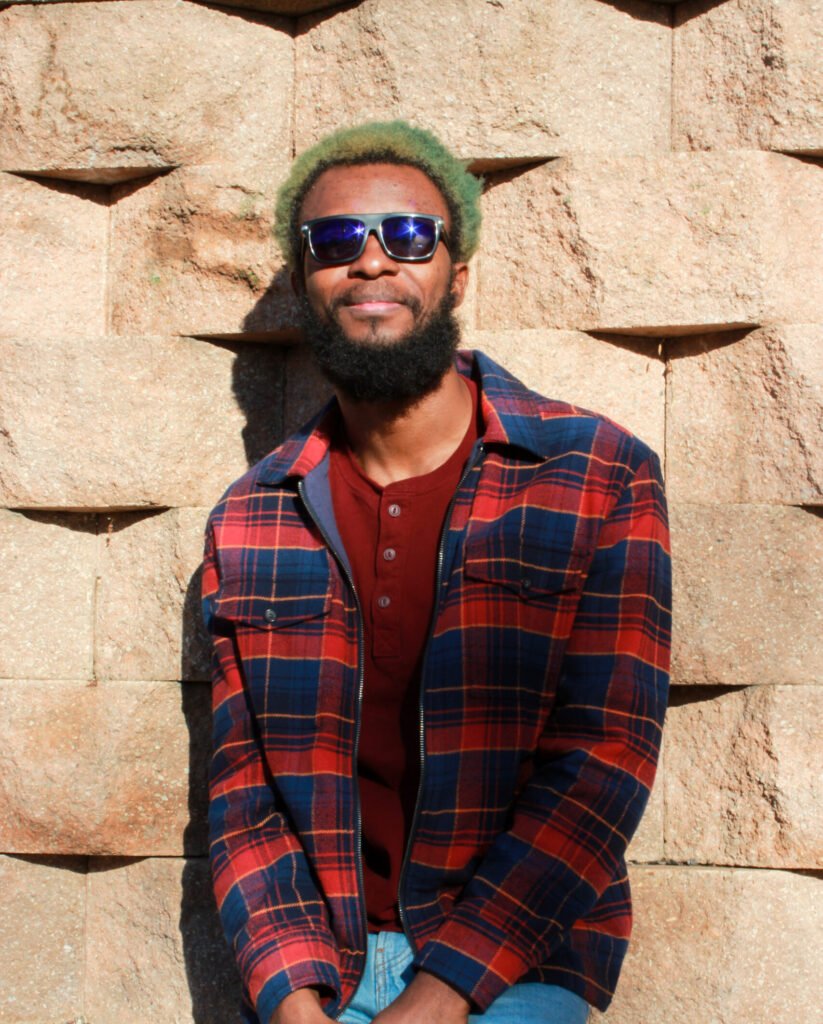 As an undergraduate at the University of Nigeria, Nsukka, studying English and learning to be a literary critic, Ebenezer Agu could not find the resources he needed as a new poet in the Internet age. For two years, he edited poetry for The Muse, his department’s literary journal and the oldest student publication in West Africa, dating to 1963. He was also part of The Writers Community (TWC), a group of student writers that included Arinze Ifeakandu, the crypto artist Osinachi, and Open Country Mag editor Otosirieze Obi-Young. After he graduated, he decided to do something about the lack of poetry resources.

He began to discuss the idea with a small tribe of friends, including the poets Chisom Okafor and Benson David, both of whom he also knew from TWC. He envisioned a central project for the work of contemporary African poets. “It wasn’t just about making the collection,” he told me, “it was also about making it accessible.” He wanted a project that would become as relevant and central as the classic anthologies Poems of Black Africa and West African Verses.

The founding editorial team—Agu, Okafor, Benson, and Osinachi, who designed the first covers—called the project 20.35 Africa. It is open only to submissions from African poets aged between 20 and 35. The team sought professional help from people who had been in the business longer, including Laura Kaminski of Praxis Magazine, Wale Owoade of Expound, Kwame Dawes, Uche Nduka, and Obi-Young, who would eventually publish the first two anthologies at Brittle Paper.

After two years of hard work, the project made its first call for submissions in 2018. The first issue was guest-edited by Safia Elhillo and Gbenga Adesina. It was well received. In a blurb, Mukoma wa Ngugi wrote, “This anthology marks a ‘before’ and ‘after’ moment in African literature.”

Institutions expanding the poetry landscape in Africa and Nigeria, particularly, remain scarce. There is the Brunel International African Poetry Prize, founded 10 years ago by Bernardine Evaristo. And there is the African Poetry Book Fund (APBF), which publishes a chapbook boxset of around 10 African poets annually, administers the Glenna Luschei Prize for African Poetry, given for a collection of poetry, and awards the Sillerman First Book Prize for African Poets. For years, Evaristo also sat on the editorial board of the APBF. This year, the APBF took over the administration of the Brunel Prize, renaming it the Evaristo Prize. What all of this means is that there has been just one major path to recognition for African poets.

Within years of its creation, 20.35 Africa became a rite of passage for many young poets. Once, a friend, after getting their work accepted for the second issue, called me on the phone, shrieking in excitement. When I myself first wanted to send in a submission, though, for the first issue, I was still a few months away from turning 20 and the prospect of waiting a year distressed me. Agu laughed when I queried how the team arrived at the age restriction.

20.35 Africa continues to expand. It started a “Conversations Series,” where poets have longform conversations, published monthly. There is also a “New Poet Series,” a monthly promotion of young poets.

Funding is a problem, though. “Really, it’s that simple,” Agu laughed. “We need a whole lot of money, and I am talking thousands of dollars. We need money to execute these things, but fundraising for a poetry project is difficult because not many people want to put their money in poetry.” Earlier this year, the project announced a GoFundMe page. He joked, “Really, I have abandoned my peers in their struggle to deconstruct capitalism. I am now an aspiring billionaire.”

So far, 20.35 Africa has produced four anthologies. The second volume was guest-edited by Yesmin Belkhyr and Kayo Chingonyi, the third by Jones and Cheswayo Mphanza, and the fourth by Nadra Mabrouk and K. Eltinaé. The fifth, recently announced, will be guest-edited by Chibuihe Achimba and Sara Elkamel. Agu’s work as a curator saw him nominated for The Future Awards Africa Prize for Literature in 2020.

“The idea is to create those important resources that contemporary poets are lacking,” he said. “We want to do fellowships, residencies, mentorship programs. We are thinking of training, models that feed capacity, that enhance their craft and careers.”

He himself is now studying for an MFA in poetry at the University of Michigan.

“It’s not just about developing platforms,” he continued. “It’s not just about inviting young poets to festivals to read their works. What is the bigger picture? How much understanding do poets have, what capacity development beyond prizes and publications? What are poets who are coming up learning about the traditions? Who is showing them the way? Who is teaching them how to find their voices within the wider tradition? In most cases, poets’ voices are swallowed without a wider range of references. That’s why our mentorship program is important, hands-on training in what being a poet looks like. These are things we are looking at with 20.35 Africa.” ♦

“Ebenezer Agu on 20.35 Africa & Curating New Poetry” appears in The Next Generation special issue of Open Country Mag, profiling 16 writers and curators who have influenced African literary culture in the last five years, curated and edited by Otosirieze Obi-Young.

Hauwa Shaffii Nuhu is a poet, essayist, reporter, and lawyer whose work has appeared in Popula, Ake Review, Lolwe, The Republic, Litro, After the Pause Journal, Bitter Oleander, 20.35 Africa, Memento, and Jalada Africa. She is a 2018 writer-in-residence at Ebedi Writers Residency. She’s currently a specialized reporter at HumAngle, covering under-reported layers of terrorism in the northern region of Nigeria. She tweets at @WaasiShaffii.