From Nigeria to Canada, an Indie Publisher’s Steps 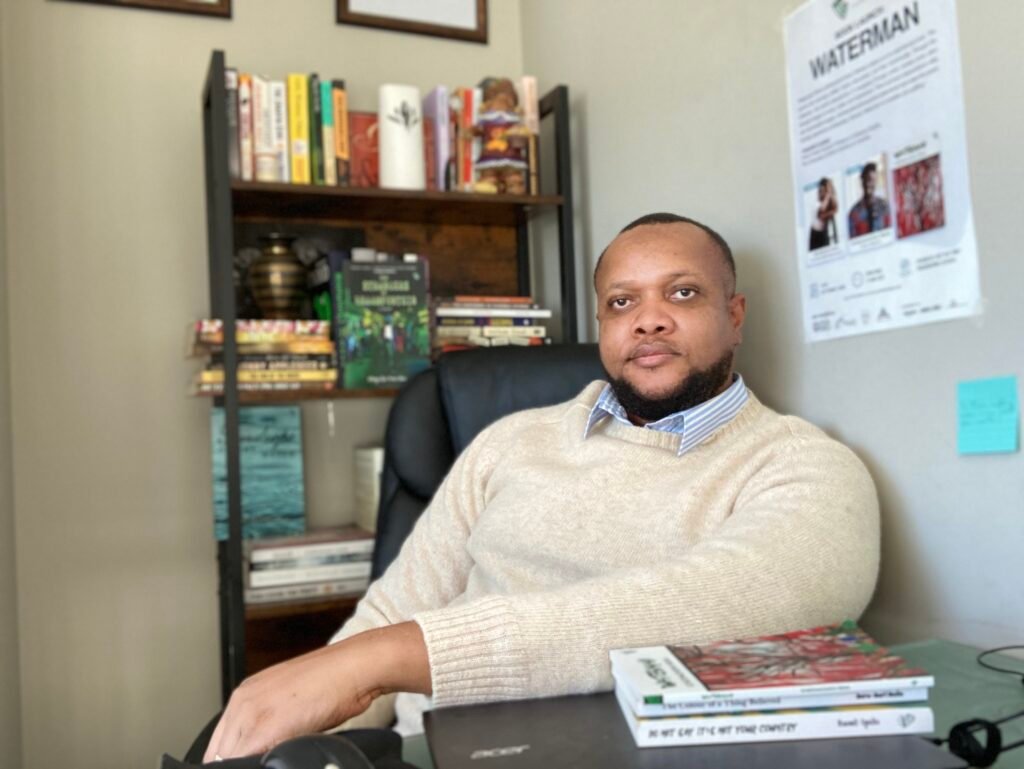 Home
Books
From Nigeria to Canada, an Indie Publisher’s Steps

In early 2011, Bibi Ukonu established a media company in Owerri, southeastern Nigeria, and set up a publishing arm under it. His aim, with Griots Lounge Publishing, was to promote “young and vibrant voices spinning vital narratives of Africa.” The small press put out fiction and poetry initially, and later nonfiction, and marketed its work at all the major festivals in Nigeria then.

“We chose publishing because we needed to,” Ukonu told Open Country Mag in October, ten years later. “It was out of the anger of not being able to get our works out to a larger public. Because we knew that a few of us back then in the eastern part of Nigeria had this same problem, we took the bold step of trying to represent these unheard voices that needed to be heard. I had to move with that burden of representing minority or silenced voices in my immediate environment.”

But Griots Lounge is also now attracting important young names. This month, it will publish the poet Romeo Oriogun’s second collection Nomad. Oriogun’s work won the Brunel Prize in 2017 and recently appeared in The New Yorker.

Oriogun shared in an interview that, when he was writing the book, he wanted it to be published firstly in Nigeria. “The publishing world is very Western,” he said, “and I ask myself ‘what’s my role in that?’, ‘how can I work against that?’ The revolution is not just theory based, ‘what are you willing to sacrifice?’”

Although most publishers consider short stories a risk, Griots Lounge’s commitment to good storytelling has seen it embrace the form. “I’m not scared to lose money,” Ukonu, whose own collection Things That Start Small but Sweet was published by Griots Lounge, said. “When we were screaming about Nnamdi Oguike being a fantastic writer, it was because we knew he was, not because he wrote short stories. If you read Do Not Say It’s Not Your Country, you would easily agree with me that it would have been evil if we had rejected that collection. Short stories are beautiful.”

Last month, Griots Lounge published Double Wahala, Double Trouble, a collection of eleven stories by the Nigerian writer and academic Uchechukwu Peter Umezurike. The book has been praised by the South African novelist Niq Mhlongo and the Nigerian novelist Chika Unigwe, who called it “compelling,” with prose that “shines like something very carefully published.” Ukonu, on his part, considers Umezurike to be “an excellent short fiction writer.”

Ukonu is currently a juror for the Manitoba Book Award in Canada, where he now lives in the city of Winnipeg. The nonfiction submissions, he said, have shown him “the innocence and imaginative power of the nonfiction and memoir genres.”

He had always understood literary consumerism in Nigeria. “I think Nigerians want to read but don’t know what to read to entertain themselves,” he said.

“We need to invest more in PR and marketing,” he said. “We need strong distribution networks, too, to ensure that every good book is easily found. We need to advertise these works a bit more so that people get to know about them. How much technology are we introducing in publishing? Do we make use of meta-data? We can only achieve these if we all work together. The sky is big enough for every wing to spread.”

Ukonu’s dreams were not always in literature. His father was a writer and his mother scribbled lines in her small jotter. “My mother was the first poet I knew, but I had already lost her before I knew.” But it was only as an undergraduate that he took to poetry. After he left school, he practiced architecture for close to a decade, and later estate management.

Now he is planning for Griots Lounge’s future. “We are exploring the self-publishing option and developing frameworks to make it easier,” he explained. It will be “mostly for titles we are not able to accept traditionally.”

Griots Lounge is also setting up a bookstore in Canada. Maple Jali Bookstore will retain only African and Caribbean literatures. “We expect this bookstore to become the largest warehouse of these titles in North America,” he said. “We are working with a major stakeholder to ensure we keep pushing for this to happen.”

In the next few years, Ukonu plans, Griots Lounge will become “that publishing house that amplifies minority voices and valid narratives.”

On the Continental Scene

— Inside a Nigerian Literary and Arts Hub