Since the 1980s, 106 African authors and 269 titles have been translated into the Chinese. Here, an insider provides an overview of the last two years, and a preview of 2022. 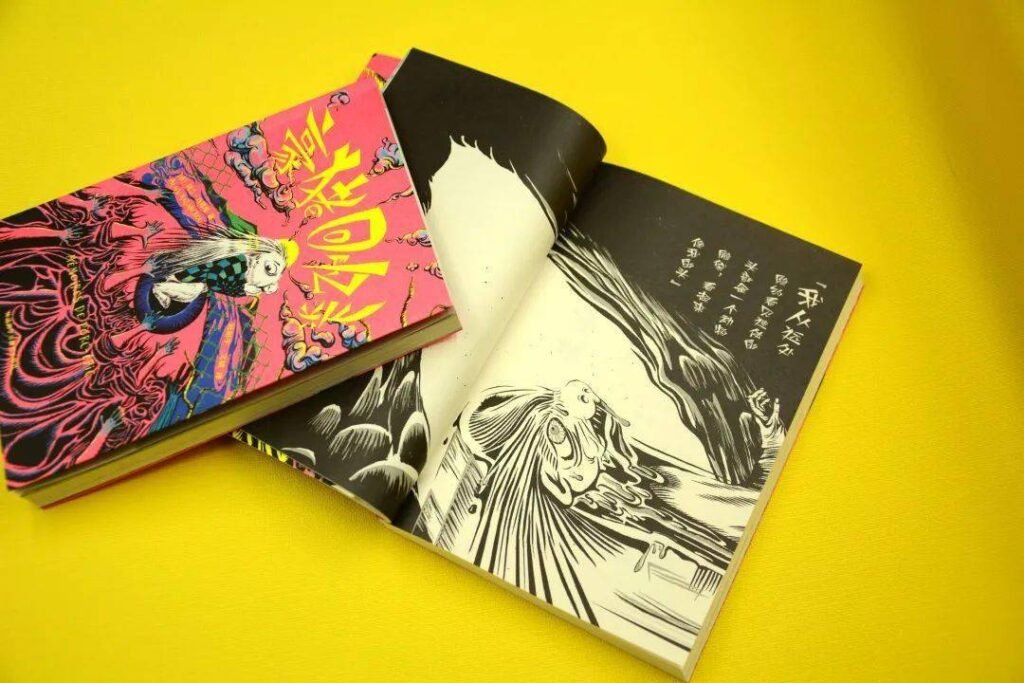 “This has been a great year for African writing,” said South Africa’s Damon Galgut upon receiving the 2021 Booker Prize for his novel, The Promise. Several other African authors also snagged prestigious European literary prizes in 2021. They include Tanzania’s Abdulrazak Gurnah who won the Nobel Prize in Literature, Senegal’s David Diop who won the International Booker Prize for At Night All Blood Is Black, Senegal’s Mohamed Mbougar Sarr who won France’s Prix Goncourt for The Most Secret Memory of Men, and Mozambique’s Paulina Chiziane who won Portugal’s Camoes Award.

But how keen are Chinese publishers on Africa, arguably an “emerging” supply market in the Middle Kingdom? It is partly because of this that I run AfroLit4China, a bilingual database of African writing published in the Sinophone world since the 1980s.

Shanghai Translation Publishing House made itself the talk of China’s publishing circle in 2021 with its purchase of all ten novels by Gurnah. Editorial department director Feng Tao said that his firm aims to translate and publish five of Gurnah’s novels in 2022. With this, Shanghai Translation now owns the Chinese-language rights for more than 20 African books, including seven by another Nobel laureate, Egypt’s Naguib Mahfouz.

African Titles Published in China in 2020

African Titles Published in China in 2021

Highlights include four new works by Kenya’s Ngũgĩ wa Thiong’o. With 12 books, he is one of Africa’s most published authors in Chinese.

African Titles Forthcoming in China in 2022

There are 18 new works in the pipeline—the largest number of any year to date.

During the ’90s and 2000s, African literature in China was top-heavy with winners of globally recognized awards, such as the Nobel Prize in Literature. The Nobel cachet still holds great attraction, as seen in how a single publisher snapped up rights to all 10 of Gurnah’s novels. However, this focus on European prizes also meant that the works published were written first in English.

A few publishers are now investing in writing in indigenous African languages. Two of the first three titles in the VI HORAE Africa Series, from East China Normal University Press, are rendered in Chinese directly from African languages—none of the customary “re-treads” here via the intermediary of English. According to commissioning editor Shi Meijun, the Chinese translators learned African languages ​​as undergraduates, and several have lived and studied in Africa.

The books include Selected Poems of Shaaban bin Robert, translated from the original Swahili and published in a bilingual Swahili-Chinese format. The Body Will Tell You: Selected Works of African Hausa Literature has four novellas in its first part, while the second consists of 200 short parables—inspired by West African oral folk literature as well as Aesop’s fables—compiled and retold by Yusufu Yunusa.

Like Swahili was in East Africa, several West African languages ​​were written in an Arabic script, ajami, in pre-colonial times. But under the British, a Romanized alphabet became the official script for Hausa in 1930.

“Modern Hausa literature was formed under the combined influence of Islamic and colonial British cultures, a phenomenon that is interesting in itself,” Meijun said. “In 1933, Hans Vischer, Director of the Colonial Board of Education in Northern Nigeria, proposed a contest for fiction written in African languages. Stories of 20,000 words or so were welcome, and they could be didactic in nature, but should not simply imitate mythology. Rupert Moultrie East, Director of the Bureau of Translation, received entries from Islamic scholars from all over northern Nigeria.

“The four novellas we are translating and publishing in Chinese—by Abubakar Imam, Abubakar Tafawa Balewa, Muhammadu Gwarzo, and John Tafida—were the winners of that competition. These works marked the origin of the Hausa novel, and, with them, the Latinized Hausa literature of Northern Nigeria entered a new stage of indigenous literary creation, going beyond mere translation of foreign literary works.”

Another press with robust plans is Zhejiang Business University Publishing House. Its series of African classics, Africa Humanities Classic Translation Group, already consists of a dozen or so books, mainly novels, but also non-fiction touching on racism and colonial rule.

The press purchased Chinese-language rights to another eight titles, but, to the best of my knowledge, they have not been published. They include Stories from a Shona Childhood, a non-fictional work about the Bantu-speaking Shona of Zimbabwe, and The History of the Yorubas, about one of Nigeria’s key ethnicities.

A version of this report first appeared, partly in Chinese, in AfroLit4China.

Bruce Humes is the founder of AfroLit4China, a database of African literature in China. He is a bilingual publishing professional with three decades of experience working in mainland China, Hong Kong, and Taiwan. He directed editorial content for China’s leading management portal, Chief Executive China. He is a translator of contemporary Chinese fiction, including Chi Zijian’s Last Quarter of the Moon and Wei Hui’s long-time best seller Shanghai Baby.