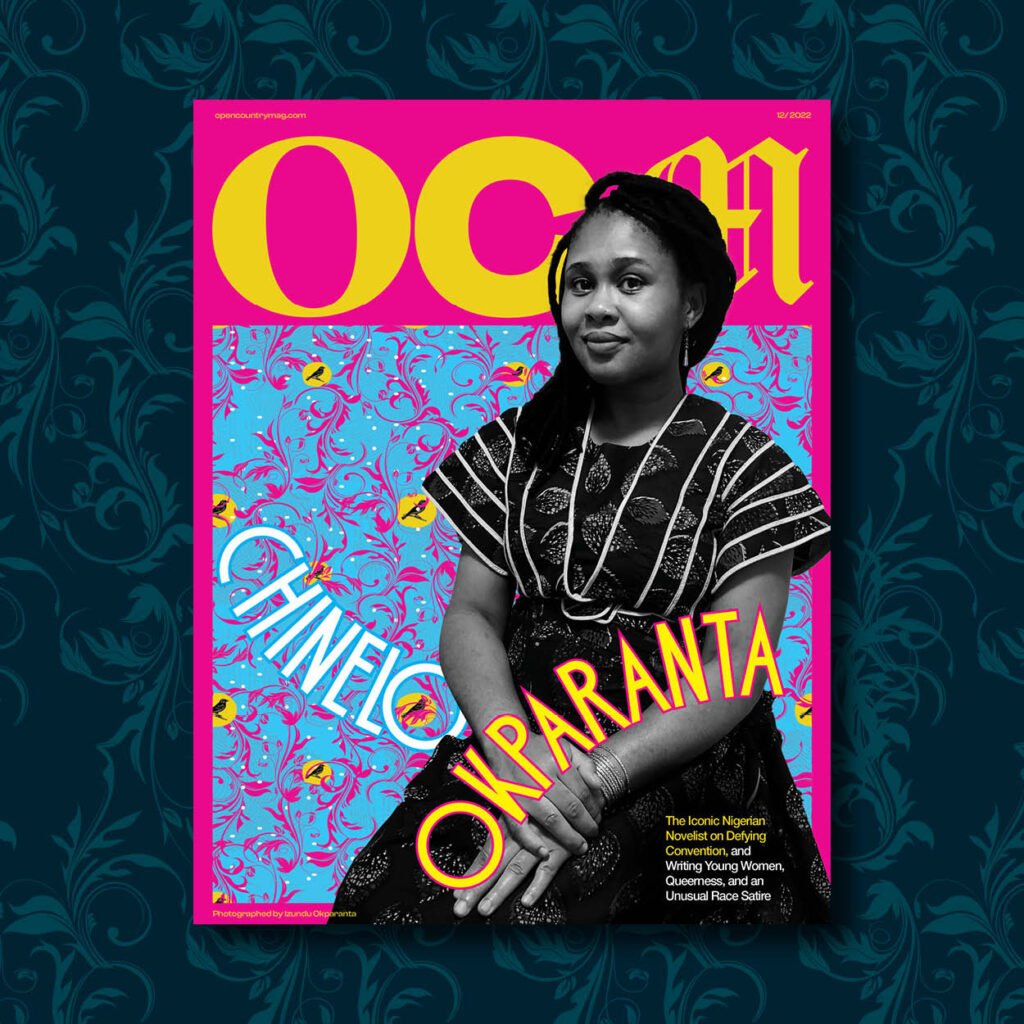 The most important development in Nigerian literature, in the last decade, was the rise of queer voices, their leap from the fringe to the center. At the forefront, one of the first to dare portray the humanity of queer people, the very first to do it and break out internationally, is Chinelo Okparanta.

For many younger writers, she is an icon, albeit an understated one, partly because she has led a more private life than most, which in itself must be considered in the context of the backlash that her early work received. She is one of the more acclaimed African writers of her generation, yet the path she lit makes her much more: one of the four, five most important Nigerian writers at work today—two of whom, Chimamanda Ngozi Adichie and Teju Cole, appeared in this magazine last year.

When I first read her short story “America,” almost 10 years ago, it might have been with relief. I was already building my fictional imagination around only queer people, but her lesbian characters brought life to a hitherto ignored literary context.

Both her debut collection, 2013’s Happiness, Like Water, and debut novel, 2015’s Under the Udala Trees, established her as a champion of LGBTQ+ visibility, and yet the reception of her work failed to grasp that she was doing much more than sexuality. She was exploring faith as well, and family, and, above all, how it feels to be a young woman in Nigeria, and how your country follows you elsewhere.

Elsewhere is also where her new novel has gone. Harry Sylvester Bird, a satire about race with a white male protagonist, is the sharpest of departures. But what it shows is the same thing that drove Okparanta to force the culture into a conversation about LGBTQ+ voices: what it shows is her defiance, her non-negotiation of her propelling logic. Is it her second iteration?

In our seventh cover story, written by our staff writer, the remarkably talented 20-year-old Nsukka undergrad Paula Willie-Okafor, Okparanta talks about her disinterest in conforming, her insistence on confronting society.

This cover was initially planned to drop on October 1, Nigeria’s 62nd Independence Anniversary, because we at Open Country Mag cannot think of a better way to say something about Nigerian literature than to highlight the most important change in it: the rise of LGBTQ+ visibility. But the date changed because we opted to relaunch our redesigned website and announce our expansion into film and TV.

This month, December 2022, is Open Country Mag‘s second anniversary: we launched on December 26, 2020. We are privileged to celebrate it by shedding light on Okparanta’s significance. ♦