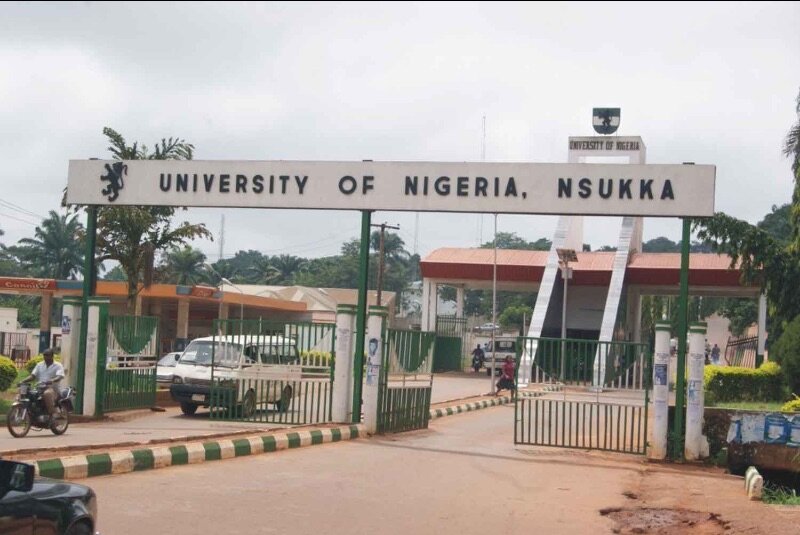 BBC Radio 4 audio documentary explores the impact of place on writers out of Nsukka, from the Civil War generation to the present-day.
★★★★★ 3.5/5

Place as the lifeblood of literature: this is what the Nigerian-born and UK-based poet and playwright Inua Ellams explores in Nsukka Is Burning, the 28-minute BBC Radio 4 audio documentary on the small university town in southeastern Nigeria. Produced by the Nigerian journalist Deborah Shorindé, Nsukka Is Burning traces the town’s impact on some of the formidable voices in African literature—Chinua Achebe, Ifeoma Okoye, Chimamanda Ngozi Adichie, Chika Unigwe—and how that tradition has seen the emergence of newer voices like Arinze Ifeakandu and Open Country founder Otosirieze Obi-Young.

“Nsukka dust is a very vivid red,” the documentary begins, amidst the twittering of birds. The imagery sets the tone, enrapturing listeners in the sounds and atmosphere of Nsukka. Voices akin to those at busy bus parks serenade the ears. More images of “red soil and dust-coated roads and roofs” and “rain and winds and flailing trees,” taken from the poet IfiokAbasi Okop’s “Lover,” are resurrected. Ellams then begins to speak, of how Nsukka’s “hills and valleys stretch out expansively,” how “the local markets, shops, and restaurants bustle with life.”

We find that the University of Nigeria, Nsukka (UNN), founded in 1960, the year of Nigeria’s independence, quickly became “an enclave of intellectualism and creativity.” In 1967, the Nigerian Civil War—the Biafran War—began. After the pogrom of the Igbo in the north of the country, Lt. Col. Odumegwu Ojukwu pulled the then Eastern Region out of Nigeria and declared it the Republic of Biafra, and the Nigerian government, under General Yakubu Gowon, went to war. Igbo lives were lost; communities were razed to the ground. Nsukka’s beloved university was not left untouched. Obi-Young suggests that “to destroy books in Nsukka was to try to destroy the future.” We hear the poet Obiora Udechukwu’s “Return of the Exiles,” an act of mourning. It tells a story of a woman in black who stands in silence, “beneath aborted telegraph wires. . . probing the avenue of ruins and giant grass.” After the war ended in 1970, the dust in Nsukka settled, and fleeing bodies returned home.

The historian and novelist Nwando Achebe, daughter of Chinua Achebe, narrates how her father came back to the university and created a literary journal called Okike. The name means “creation.” Her father’s act, Nwando suggests, helped the literary renaissance in Nsukka.

This renaissance, Ellams tells us, has filtered down to a new generation of Nigerian writers. Ifeakandu, a graduate of English from the UNN and author of the forthcoming God’s Children Are Little Broken Things, attributes his love for Nsukka to the novel Purple Hibiscus by Chimamanda Ngozi Adichie. He tells of Adichie’s descriptions of red earth and the smell of earth after rain. He says he immediately recognized those sights and scents the day he set foot there, and that fostered intimacy with the town.

In the UNN, Ifeakandu joined The Writers’ Community (TWC). It is a group of undergraduate writers who still meet to read and discuss literature, as well as to provide a safe space for conversations on sexism and homophobia. Members of TWC, over the years, include Obi-Young, who won the inaugural The Future Awards Africa Prize for Literature in 2019; the poet Ebenezer Agu, founder of 20.35 Africa poetry collective and nominee for The 2020 Future Awards Prize for Literature; Innocent Chizaram Ilo, winner of the 2020 Commonwealth Short Story Prize; the visual artist Osinachi; the poet Chisom Okafor; the poet IfiokAbasi Okop; and Festus Iyorah, nominee for The 2018 Future Awards Africa Prize for Journalism. This writer is one of them, too.

Nsukka Is Burning succeeds in documenting time: recalling memories of the past and heralding promises of a nascent future. The captivating story it tells of Nigerian literature will be revisited for years to come.

LISTEN TO NSUKKA IS BURNING.